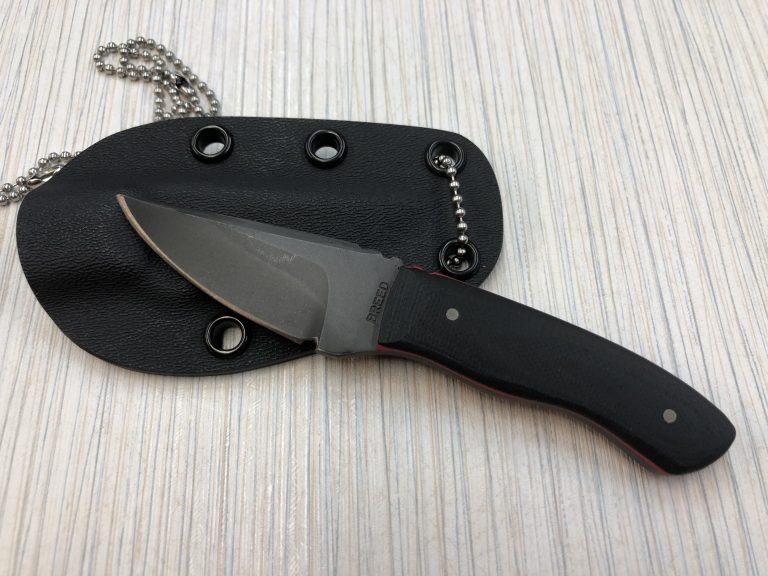 We have already selected a winner for Day 44 of our 100 Knives in 100 Days Giveaway. Heather R. discovered an “Easter Egg” I left in the newsfeed. If you are a regular reader, you might have noticed that I dropped a few hints, but didn’t make a connection. On several occasions I would say something like:

“Is the Neverending Newsfeed truly Neverending? I ask the question once again”.

That one was from the Weekend Open Thread from June 28th, but there were several others as well. I don’t know if it was on purpose or by accident, but Heather somehow ended up on the first post on the feed:

She left the first comment, so she is the winner of the Kim Breed Neck Knife. There will be another drawing for a different knife on 8/14 for anyone else who comments on that thread.

Kim Breed is a knifemaker from Clarksville, TN. He is a retired Master Sergeant Green Beret, who is also a Field Editor for The Magazine That Shall Not Be Named.

Kim is also one of my first friends in the knife community. I met him when I attended my first Blade Show in 2014. I was writing for The Truth About Knives at the time, and I was supposed to be attending the show as backup for the Editor. A month prior to the show, he resigned and I was handed the reins. I walked onto the show floor for the first time knowing no one, and having only corresponded over email with Ben Peterson – then at CRKT, Doug Ritter, and knifemaker Will Woods. He was incredibly patient as I returned frequently to ask for layman’s explanations I had heard at other booths and tables. He has since become the first person I seek out each year when I make it onto the floor. 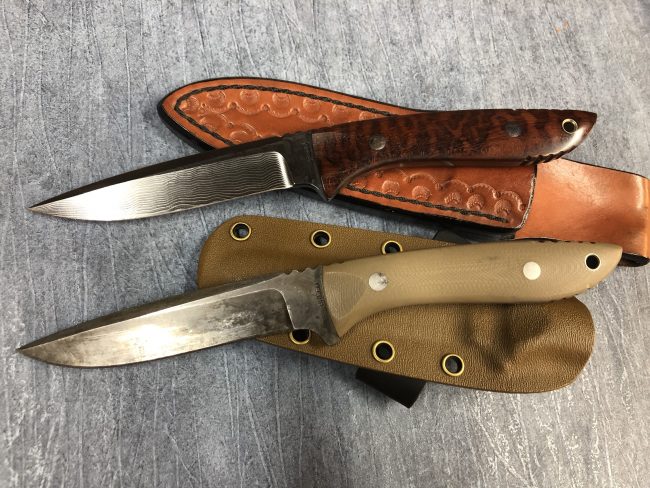 As I walked through row after row of shimmering eye candy, nothing really jumped out until I first caught sight of the Kim Breed Model 15. Something just spoke to me about it and I struck up a conversation with Kim. I ended up buying the Model 15 on Saturday, and have carried it probably 60% of the days since then. I have since bought several more of his knives, and each has a story. In the case of the Damascus version of the Model 15, it was donated to Project Healing Waters, a flyfishing program for wounded veterans, with whom I have volunteered on several occasions. The skeletonized neck knife is identical to 2 others given to the veterans in my boat for the 2017 PHWFF tournament. 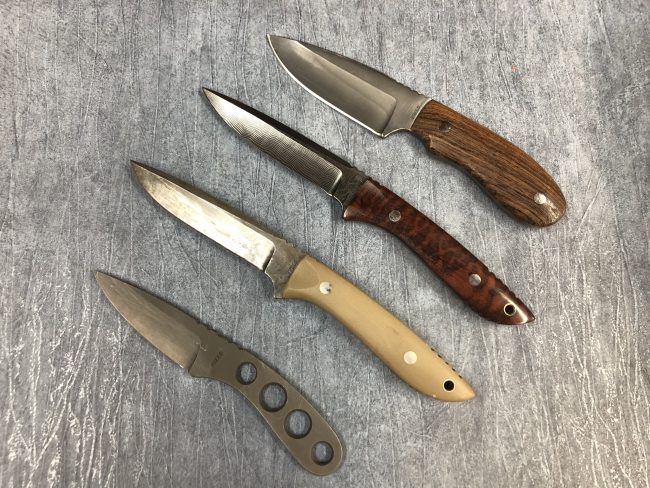 Kim also designs knives for DoubleStar Knives. Below is the DoubleStar Chico Diablo, which derivative from one of his customs of the same name. 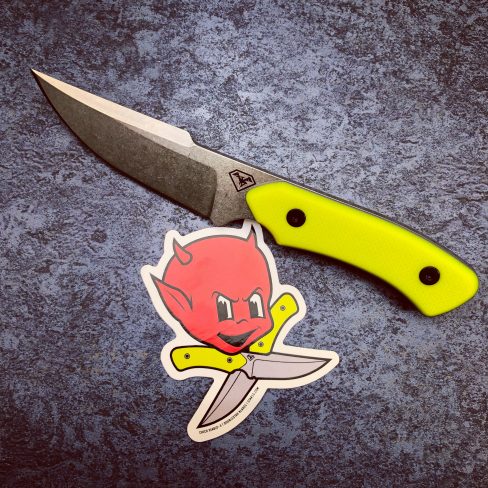 The best way to see more of Kim’s work is to check out his Instagram page (@kimbreed1911).

I would like to thank Kim personally for providing a knife for our giveaway, but more importantly for his friendship.