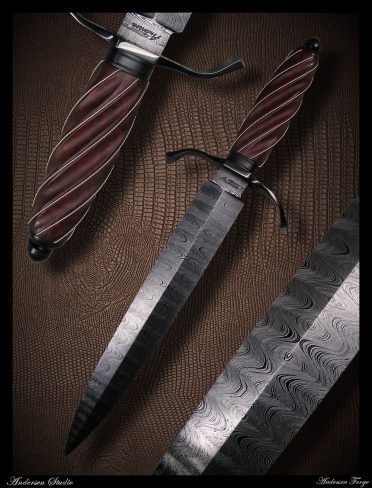 Today’s installment of 5 from the Grinder features Karl B. Andersen, an ABS Journeyman whose work exhibits the aesthetic and techniques that are hallmarks of  traditional American forged knife. If you are new to our series and would like to be featured yourself, you can find out more about 5 from the Grinder here. 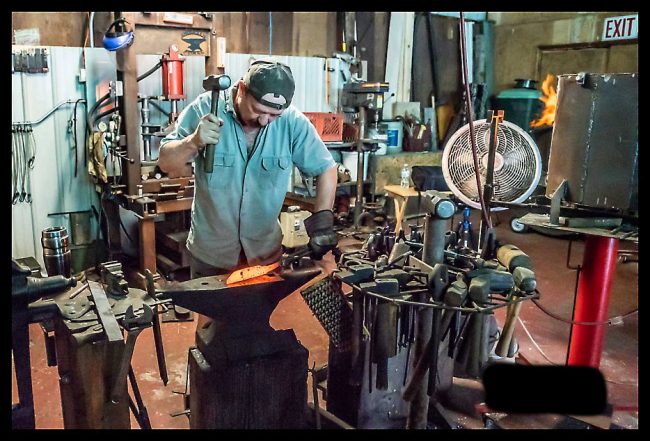 I have been an ABS Journeyman Smith since 2008. I’ve lived an entirely hands-on life both professionally and in my recreation. Being an avid traditional bow hunter, remote country canoe camper, etc., knife making was an easy addition. What lead me here was the purchase of a knife magazine years ago, and that started my journey. 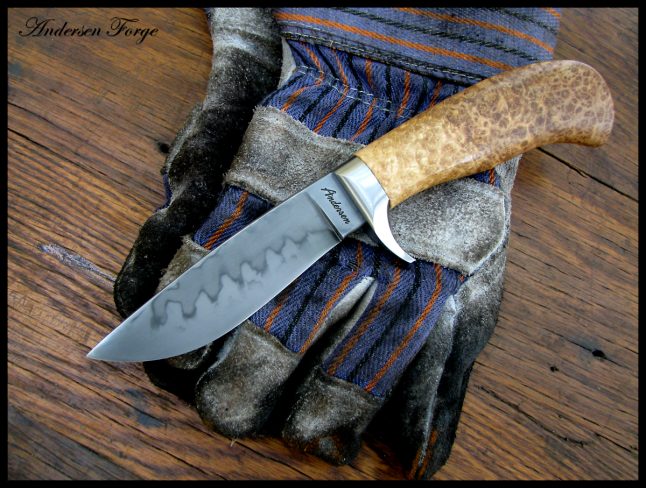 What knifemaker(s) or designer(s) have had the biggest influence on you? Do you have any mentors?

I met world class knife maker and Damascus maker Jerry Rados in 1996 as he only lived about 35 miles from me. I jumped in the deep end on day one.
I learned to forge using a 500 pound Chambersburg power hammer. He is my greatest influence. I have also been influenced by many of my peers in the ABS. Many close friends have been made who influence me every day – Don Hanson, Lin Rhea, John Horrigan – to name a few. 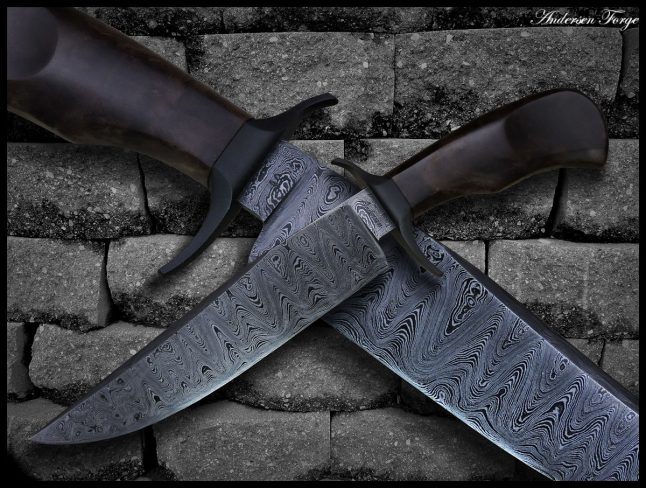 What is your favorite knife pattern or style from history? 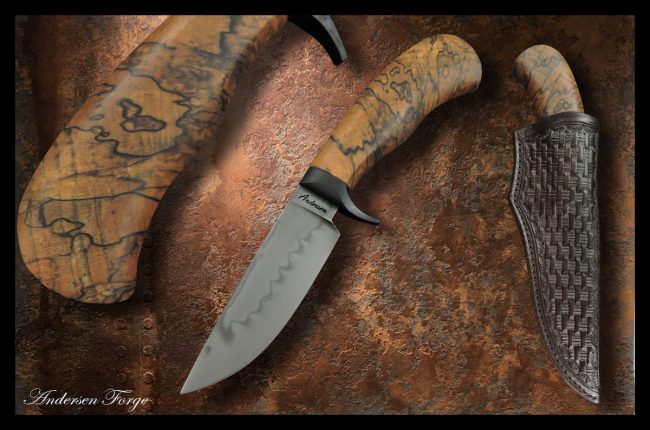 What is the next big thing in knifemaking? / What direction do you see the industry going?

Knife making has come a long way since I started 20 years ago. The advent of internet interaction, social media, TV programs, schools, etc. has drawn in tons of amazing talent. I see no end to the expansion – for now. I have no prediction where it will go from here.

Is there a knife from your lineup that you feel best exhibits who you are as a knifemaker/designer in terms of design elements, aesthetic or techniques used?

I enjoy a knife I named “S.O.B.” – Short Occasional Bowie. It’s a mid-sized – 6-8 inch blade – that is not too small for heavy chores and not to big for detailed utility use. 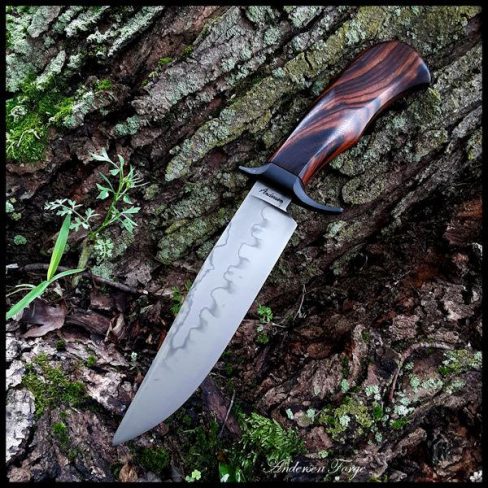 What is your EDC and why?

I carry a Damascus full tapered tang utility knife I made for myself with a clip on sheath. It has Ironwood scales. 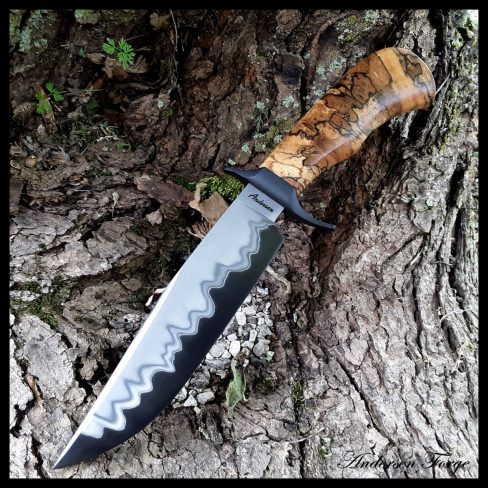 Want to be featured on KNIFEMagazine.com? Introducing “5 from the Grinder”

1 Tags: 5 from the Grinder, Andersen Forge, Karl B. Andersen 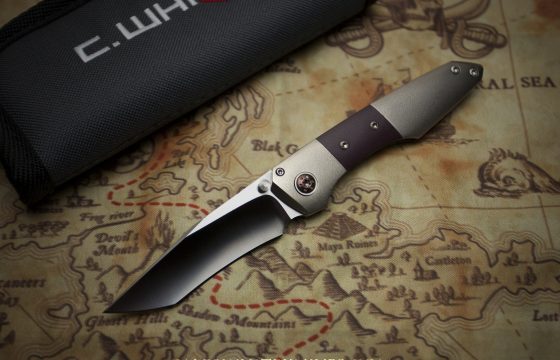 5 from the Grinder: Caleb White 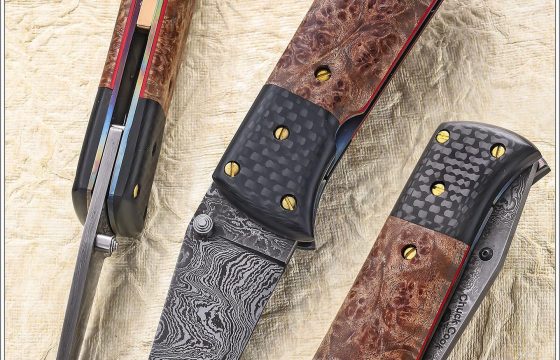 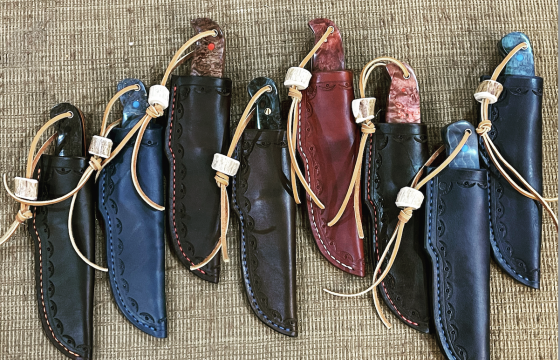