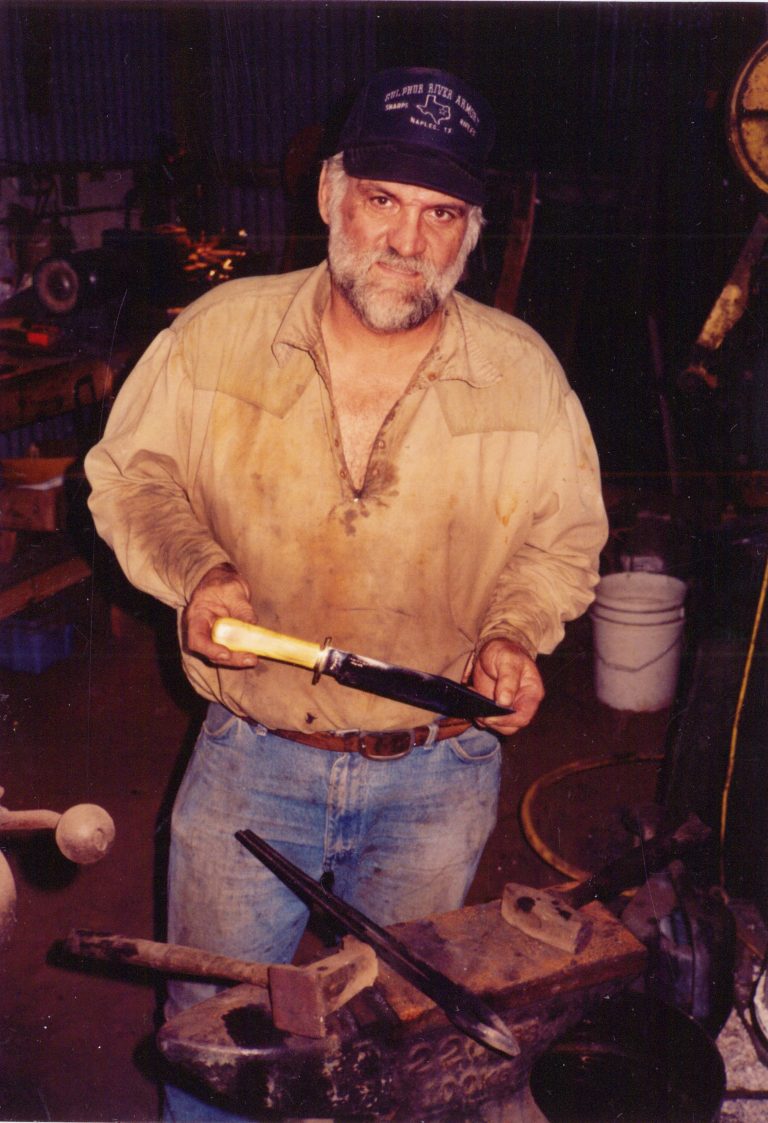 Mark Zalesky
ABS
·15 Comments·
KNIFE Magazine is saddened to report the passing of legendary master bladesmith Bill Bagwell, one of the four founding members of the American Bladesmith Society. Bill became a full-time knifemaker in 1969 and is believed to have been the second modern bladesmith to achieve the making of pattern welded damascus steel. In addition to pattern welded steel, Bill also perfected cable damascus techniques and frequently used plain carbon steel in his blades as well.
Working from locations in Vivian, LA; Niceville, FL; Marietta, TX and a stint as the resident ‘smith at the recreated James Black forge in Washington, AR, Bagwell was influenced by early bowie knife designs and was keenly interested in knife fighting techniques. He built his reputation not only on his knives, but also on the knife writing he did for such magazines as Soldier of Fortune and Tactical Knives. He also authored a book: Bowies, Big Knives, and the Best of Battle Blades (2000). His knife combat techniques have even been taught as part of the Special Forces training at Ft. Bragg.
Many of Bagwell’s bowies had long but well balanced blades that were very quick in the hand. His best known design is surely the “Hell’s Belle”, a slender coffin hilt with clip point blade and a C-shaped guard derived from the Bart Moore bowie. In the late 1990s Ontario Knife Co. offered a well executed production version of this knife and a couple more Bagwell designs, which have a strong collector following today.
A fiery and opinionated personality, Bill Bagwell pulled no punches and held strong to his convictions. This caused some rifts through the course of his career and has certainly denied him more recognition for his contributions to our community, but I don’t think that Bill cared. He was his own man, and all will agree that he was a skilled and dedicated bladesmith who made a hell of a fighting bowie and influenced a great many knifemakers and knife-fighting practitioners.
May he rest in peace. 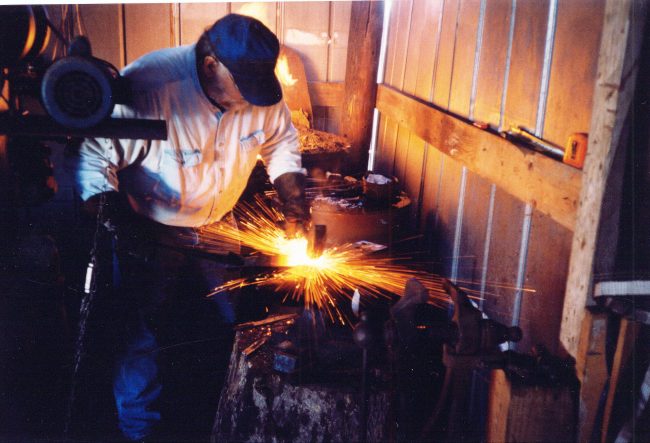