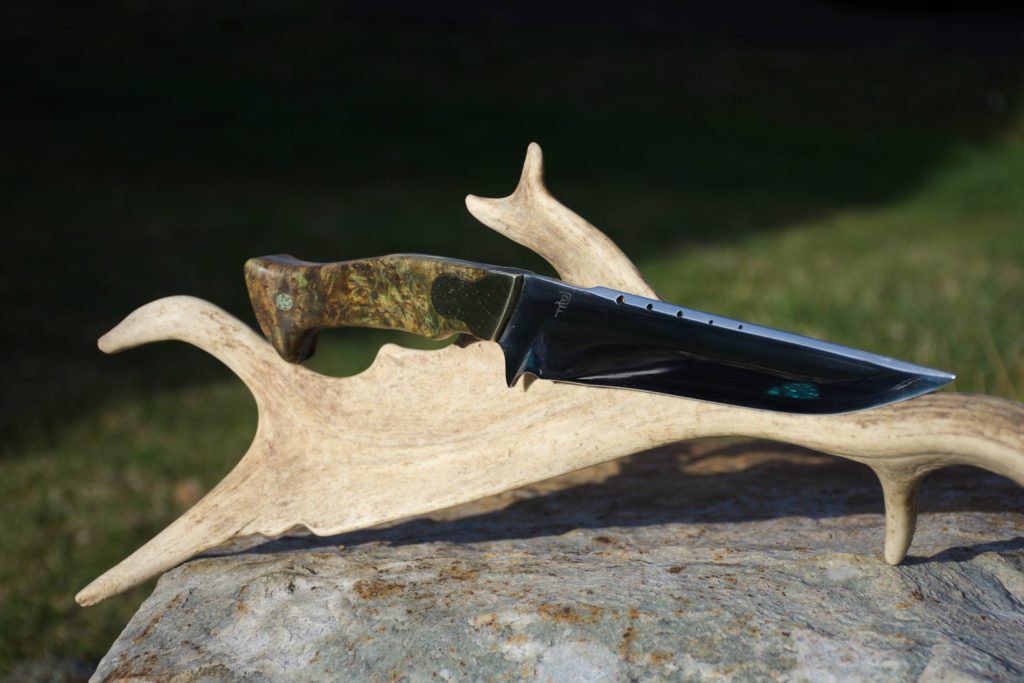 Editor’s Note: This piece originally appeared at The Truth About Knives as part of the “5 from the Grinder” series. Used with permission of the author (David C. Andersen). If you would like to be featured on KNIFEMagazine.com in a future 5ftG post, visit https://www.knifemagazine.com/5-from-the-grinder-form/ (password “grinder”).

First, in a few sentences, please introduce yourself and let us know what led you to making/designing knives.

I’m Brian Neville the owner and sole Smith at Drop Point Forge. I have been making knives and other various blades since 2004, 13 years. I started to make my first knife mostly out of the curiosity of if I could make one that would last longer than the inexpensive knives that I had at the time. With the amount of time I spend in the outdoors (fishing, hunting, etc.) I wanted a knife better suited to what I was doing. 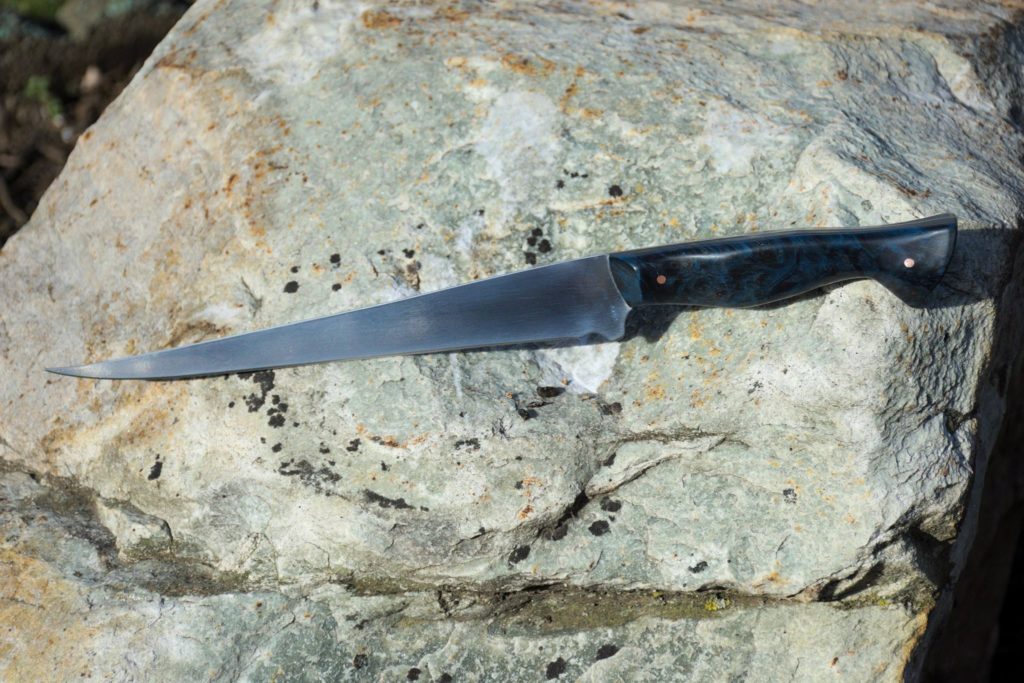 Question 1: What knifemaker(s) or designer(s) have had the biggest influence on you? Do you have any mentors?

I am a self-taught smith but I have had many influences over my knife making career, some bigger than others. If I had to pick the biggest, three smiths stand out among the rest. ABS master smith Bill Moran due to the fact that when I started everyone knew the name Bill Moran and considered him as the father of Bladesmithing. The second would have to be, ABS Master smith , Lin Rhea due to his pure forging designs and techniques. Jesse Hemphill because of his classic designs with such clean finish work. 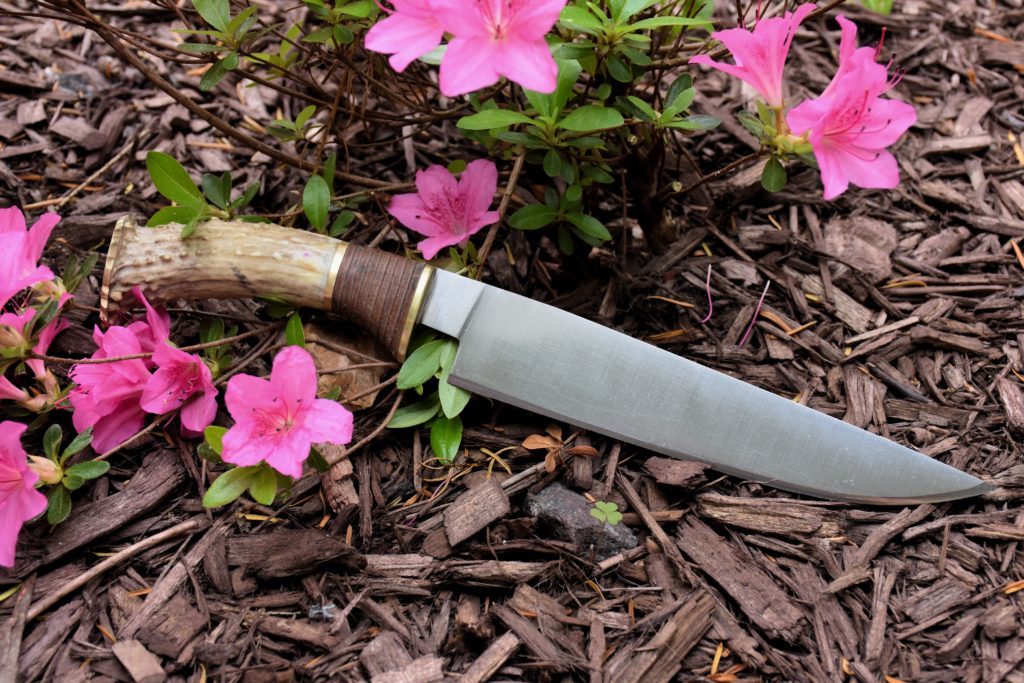 Question 2: What is your favorite knife pattern or style from history?

My favorite knife style/pattern would be, without a doubt, the recurve. When done right they will do anything asked of them from, piercing to chopping, and curves are just sexier.

Question 3: What is the next big thing in knifemaking? / What direction do you see the industry going?

The next big thing I see for the industry of knife making is all the new talent coming in. We are experiencing the biggest influx of new knife makers ever. Due in no small part, to television programs like “Forged in Fire” and the teaching programs of the American Bladesmith Society. With the new makers comes new perspective and ideas. Along with the new makers comes a higher demand for knife making tools and with the demand will come new innovations to the tool side of the industry as well. One example of Innovation among the knife tool making world would be the work coming from Travis Wuertz. 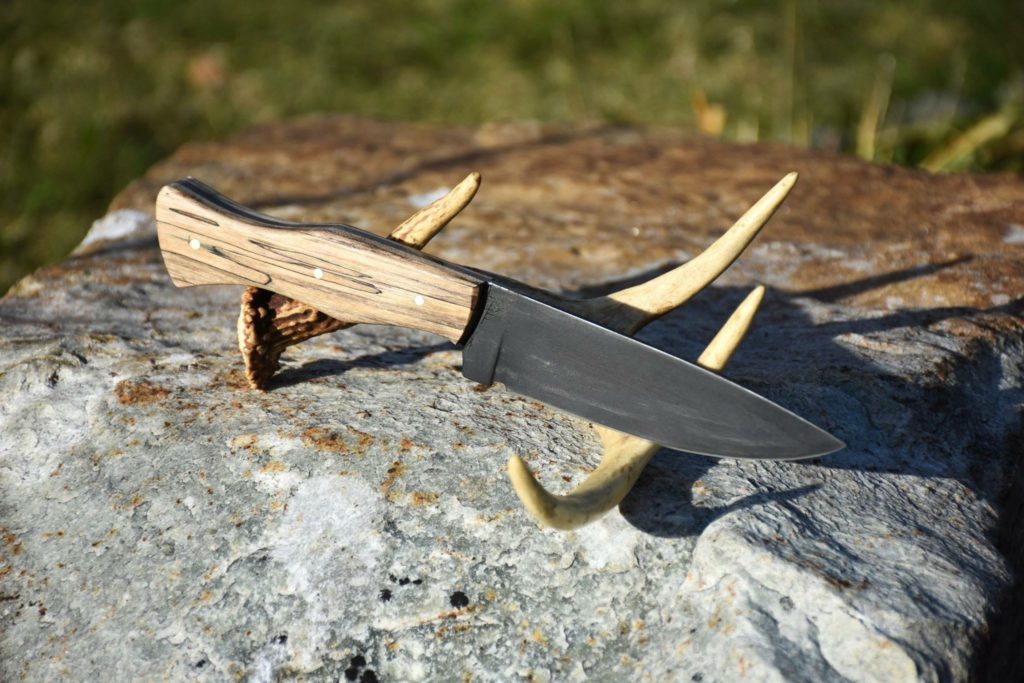 Question 4: Is there a knife from your lineup that you feel best exhibits who you are as a knifemaker/designer in terms of design elements, aesthetic or techniques used?

The knife that I have created that best shows my characteristics and abilities as a blade smith is the “Tusker” model. It is a recurve forged from, my favorite steel, W-2. It features a full Tang construction with an 8 inch blade and swedge. The handle is Burl with keyholed brass bolsters.

Question 5: What is your EDC and why?

My EDC for the last three years has been one of my “Field Carvers”. The one I carry is actually the genesis of the model. A small recurve with figured Bubinga handle. It’s a worker that can do it all. 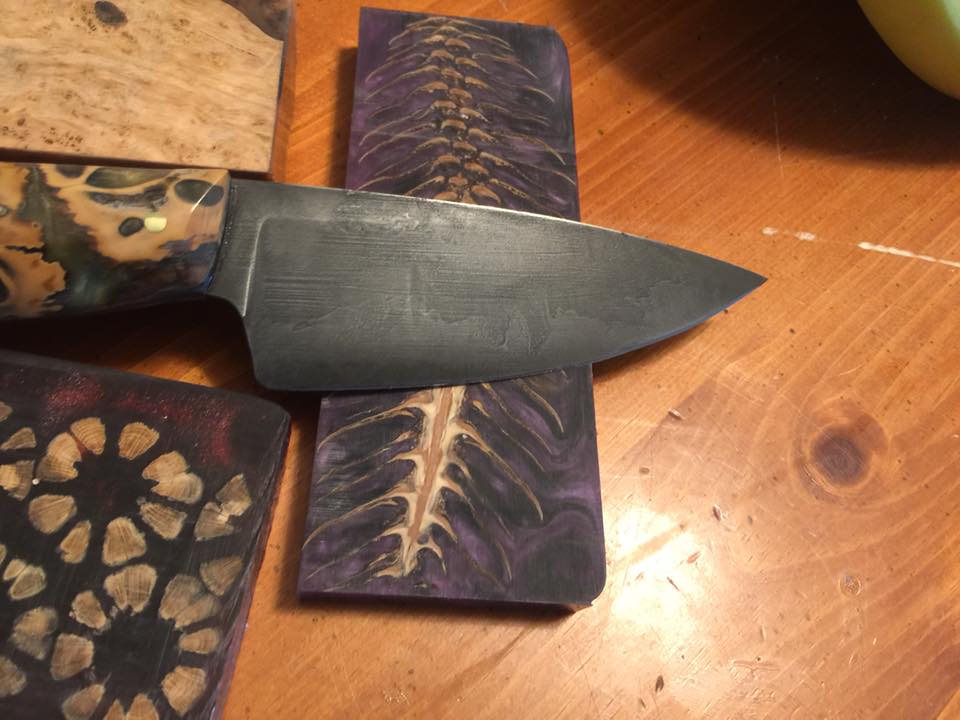 You can check out more of Brian’s work at the Drop Point Forge Facebook page. 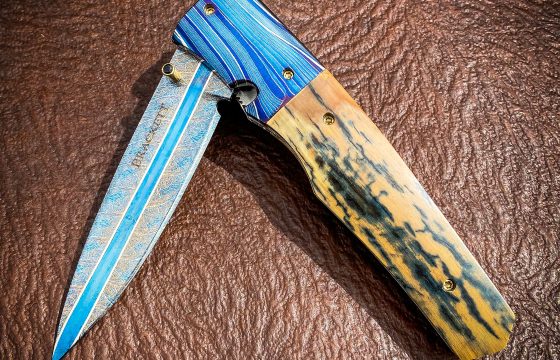 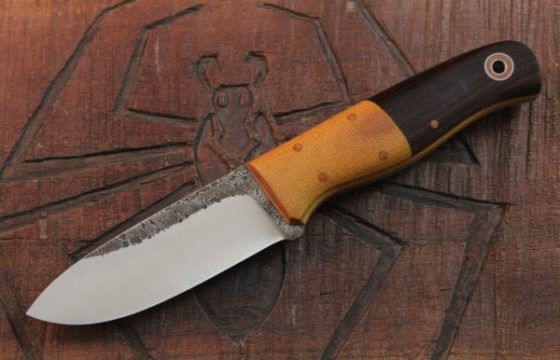 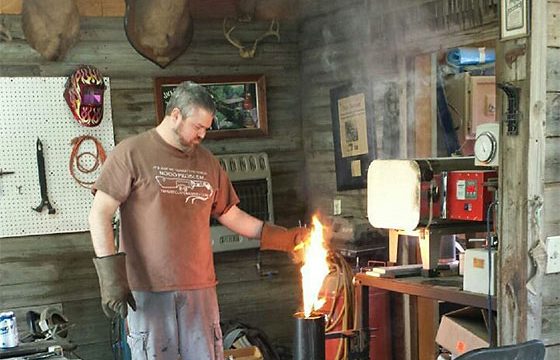 5 from the Grinder with T.M. Hunt