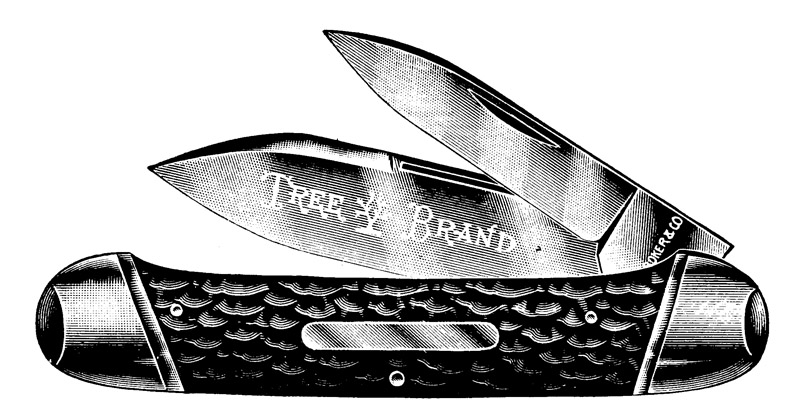 An equal-end handle die with the side opposite the backspring relieved toward its center-line, leaving the bolsters nearly full, thus giving the impression of a canoe with its turned-up ends. Traditionally, canoes are usually made as two-blade jacks (single or double ended) or as three blade cattle knives. After the collecting era began some were constructed as whittlers and marketed as “canittlers.”

Comments Off on Canoe Pattern