A large curved jack, or curved regular jack having a heavy sheepfoot blade. It is used by sailors to cut rope by laying the rope on a solid surface and driving the blade through it with a belaying pin. Rope knives usually have a bail for securing them to one’s belt. Some rope knives have a thick folding spike, called a “marlin spike” attached next to the blade or on the knife’s back. It is used for splicing ropes together and loosening tightened knots. If the marlin spike locks the knife is called a “rigger’s knife.” If it does not lock the knife is a “yachtsman’s knife.” 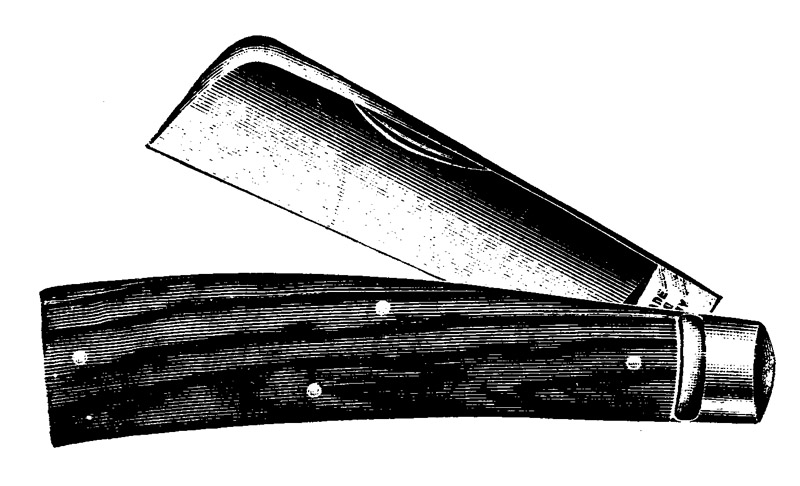 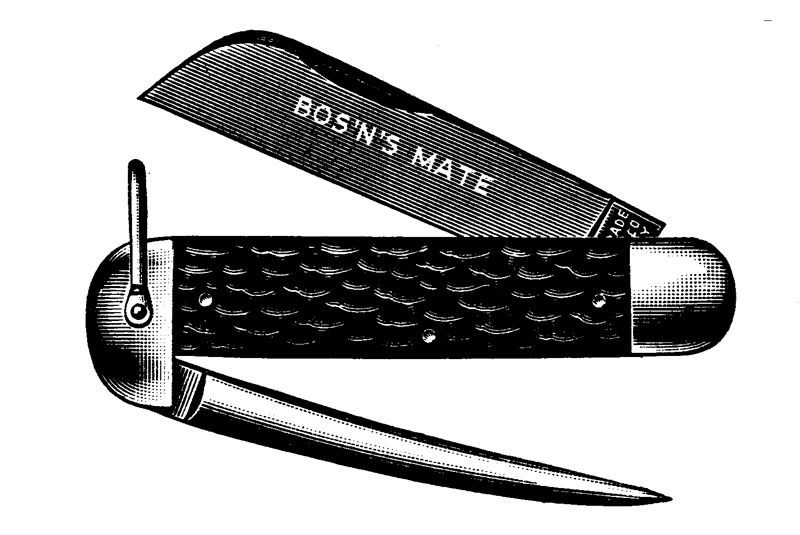