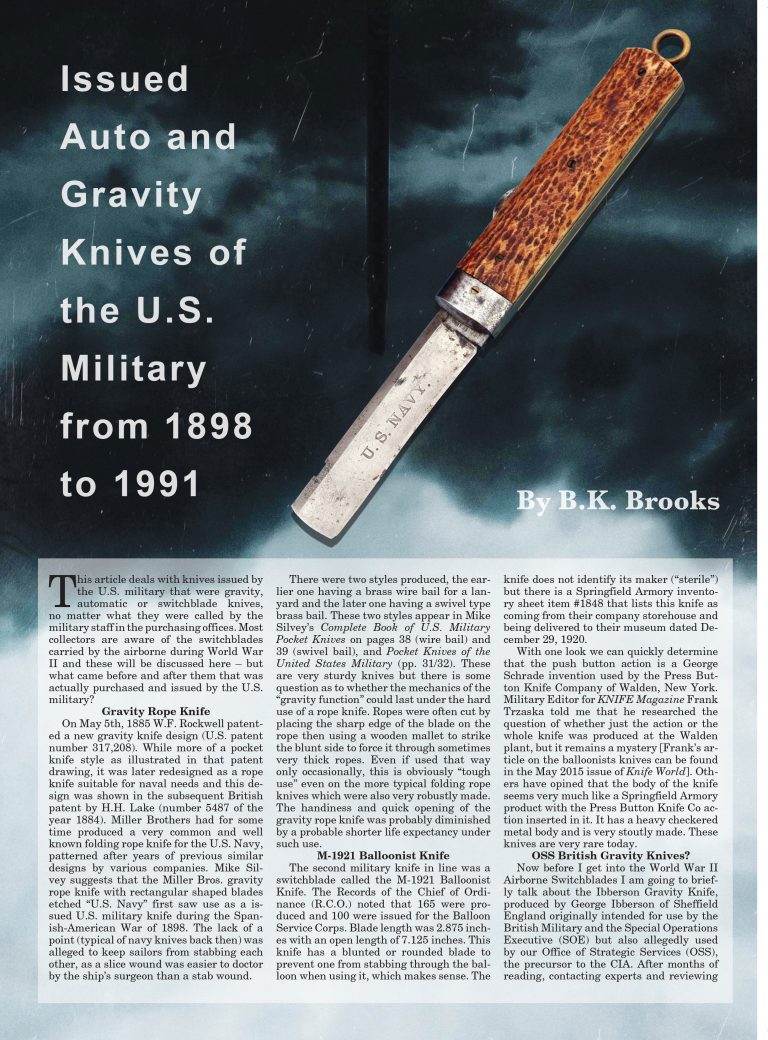 This article deals with knives issued by the U.S. military that were gravity, automatic or switchblade knives, no matter what they were called by the military staff in the purchasing offices. Most collectors are aware of the switchblades carried by the airborne during World War II and these will be discussed here – but what came before and after them that was actually purchased and issued by the U.S. military?
Gravity Rope Knife
On May 5th, 1885 W.F. Rockwell patented a new gravity knife design (U.S. patent number 317,208). While more of a pocket knife style as illustrated in that patent drawing, it was later redesigned as a rope knife suitable for naval needs and this design was shown in the subsequent British patent by H.H. Lake (number 5487 of 18XXXX). Miller Brothers had for some time produced a very common and well known folding rope knife for the U.S. Navy, patterned after years of previous similar designs by various companies. Mike Silvey suggests that the Miller Bros. gravity rope knife with rectangular shaped blades etched “U.S. Navy” first saw use as a issued U.S. military knife during the Spanish-American War of 1898. The lack of a point (typical of navy knives back then) was alleged to keep sailors from stabbing each other, as a slice wound was easier to doctor by the ship’s surgeon than a stab wound.

This article appears in the August 2021 issue of KNIFE Magazine.  Premium Online Members can read the whole thing by clicking the blue button below.