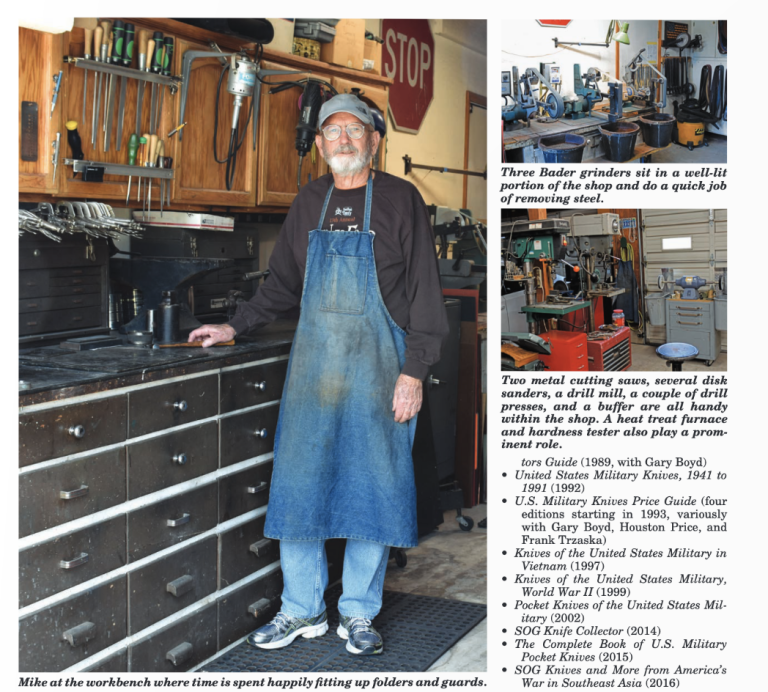 Editor’s Note: This is an extended free preview from our June 2022 issue. Premium Online Members can read the whole thing here. Not an Online Premium Member? It is just $19.99/yr, or just $9.97/yr for existing print subscribers. Click here to sign up today.

Like many of us who grew up in the 1940s and ‘50s, Mike Silvey appreciated and made some knives as a kid, even making some out of scrap metal. This of course led to more and more time devoted to a knife fixation, as it has to so many of us throughout our lives. Mike fit this category easily – buying, selling, and trading knives, researching and writing about them, and eventually making knives. 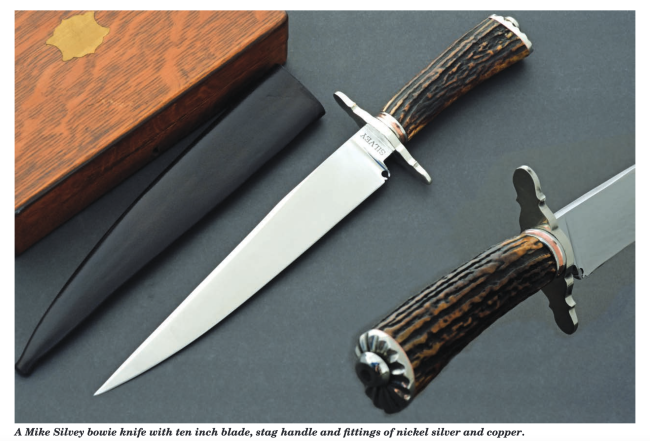 First came collecting. Mike’s inital foray into collecting was based on a piggy bank budget, and cheap and plentiful pocket knives were bought and traded for. In the beginning it was easy to find many knives available for a few cents up to a dollar. These were the years that “Army Navy Stores” were very popular, selling military surplus including folders and fixed blades, bayonets, swords and utility tools. I can only guess the number of military collectors these stores developed. We all spent time and money in these stores, often with our WWII veteran fathers or other veterans. My father and uncle both liked guns – my father mostly military, and my uncle had a gun shop in Northern California shortly after the war – so a lot of time was spent dealing with the military surplus shops. There were many military knives and guns available going back to the Civil War era in these stores, prior to the 1968 Gun Control Act banning mail order sales of rifles and shotguns and prohibiting most felons, drug users and the mentally incompetent from buying guns. Knives, swords and more were readily available to feed the knife collector’s addiction.
Mike’s collecting settled on military knives, and taking that passion further he studied and researched these knives to the point at which he became a recognized expert on military knives. He started writing about them, with his first book published in 1989 (in collaboration with Gary Boyd) and the most recent in 2016. They include: 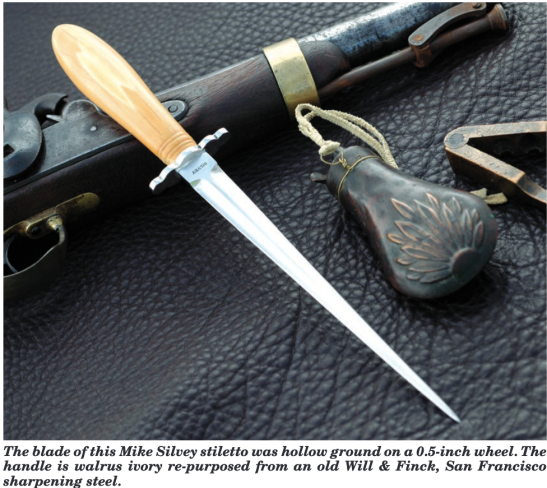 Along the way he wrote many articles on military knives for this magazine’s predecessor, Knife World, most of which are collected in Military Knives: A Reference Book (2001). He also edited the M.H. Cole compilation, The Best of U.S. Military Knives, Bayonets and Machetes (2002).
Mike’s books on Vietnam and SOG knives particularly speak to me. SOG was a designation for the Study and Observation Group, a war hardened group that quietly operated in Vietnam, Thailand, Cambodia, Laos and North Vietnam. Most of their activities were top secret or more restricted. They had a procurement officer and several knives were made for this group. I knew some of the knives I had seen in the military and in SE Asia during the Vietnam war years, but his book SOG Knives and More from America’s War in Southeast Asia contained some good new information for me and some knives I hadn’t seen before, including a couple of blade and handle shapes that I may want to try making if I get time. All the books are well written, several of them in color with quality photographs; they are a must if you collect U.S. military knives whether they are standard issue, special ordered or custom knives made for individuals for use “in country.”
Somehow Mike found time to do all this while working full time for the County of Sacramento, California. On top of that, he began making his own knives in 1985. 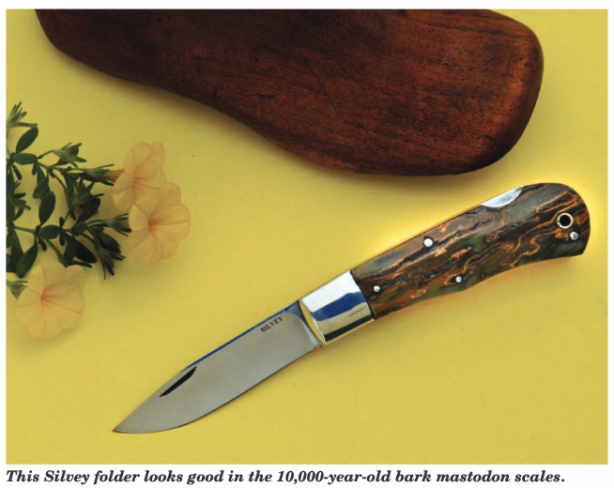