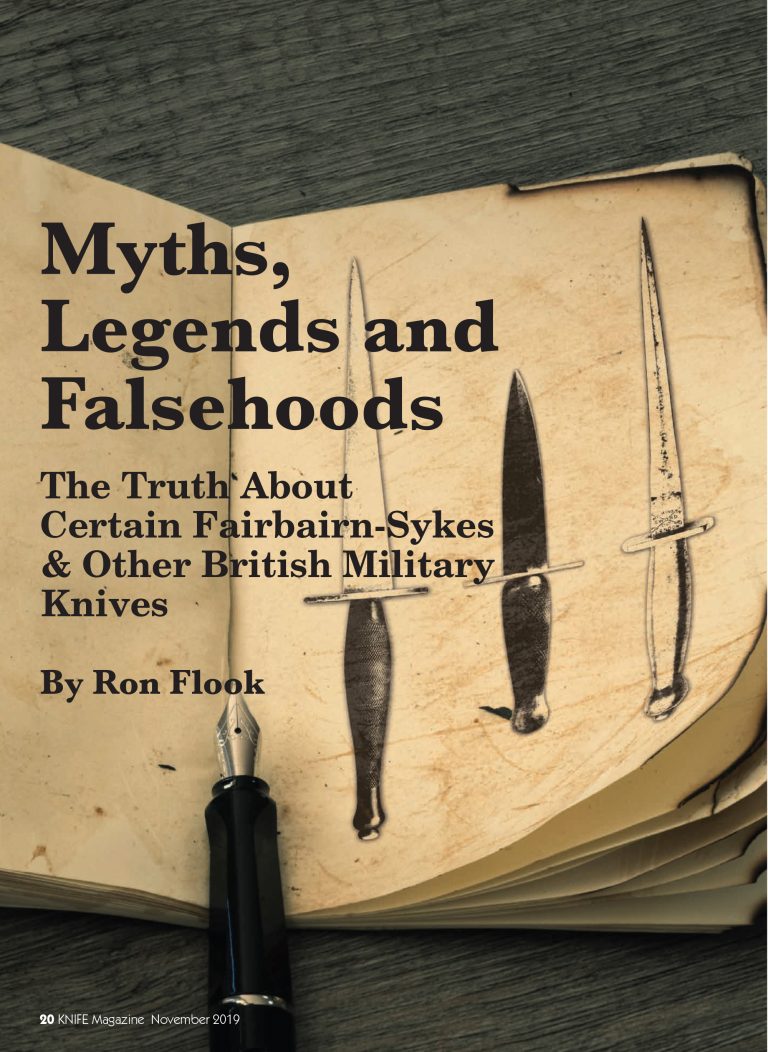 Myths, Legends, and Falsehoods: The Truth About Certain Fairbairn-Sykes & Other British Military Knives

Myths, Legends, and Falsehoods – The Truth About Certain Fairbairn-Sykes & Other British Military Knives
by Ron Flook

This article is a sort of follow-up to my article about F-S Myths that appeared in the October 2014 edition of Knife World, and looks at some persistent myths and falsehoods that are still being given credence by others. It also looks at one legend that may possibly have a grain of truth, but a story that is complicated by incorrect information and fake knives, and another where the real story is still to be found.
We probably all know of myths that have persisted in the field of military knife collecting, things like the term V-44 being incorrectly assigned to the Collins No. 18 Machete, and the AAF machete wrongly identified as being OSS. Such myths and stories tend to find their origins in early published works where the writer believed that what they wrote was fact. It was only through subsequent research that these so-called facts were proven to be incorrect. In the two cases mentioned above, these incorrect attributions have persisted but they are really cases of mis-identification rather than deliberate attempts to deceive.

This article appeared in the November 2019 issue of Knife Magazine . You can read the whole thing by clicking the blue button below.