Officers responded to Topridge Place for a report of a person stabbed at 9:08 p.m.

Court documents say the girls got into a verbal argument and one pulled out a pocket knife and cut the other on the right side of her neck.

Nyaria Givens was taken to Cincinnati Children’s Hospital Medical Center, where she succumbed to her injuries.

The national discussion over police violence was the dominant theme this week in the news. While we try to not wade into politics as a general rule, the Columbus, OH police shooting of a 15 year old girl has led to a whole lot of garbage takes from celebrities, politicians, and other public figures.

I have no idea who this vacuous moron is, but she has a blue checkmark. What she fails to understand is that if the officer hadn’t shot, there would still likely to be a dead black girl. Only she would have been stabbed instead of shot by police. And the media wouldn’t care, and the officer wouldn’t have his life ruined. 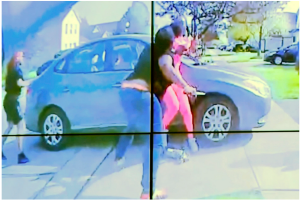