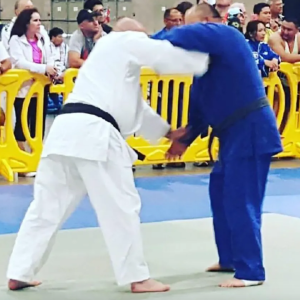 He believes that hand fighting — anything involving physical contact from the forearms to the hands — is critical for officers to know. Handcuffing a suspect is performed by law enforcement daily, and it’s at that point when suspects fight and/or try to run away, according to Mireles. In his opinion, BJJ teaches you how to manipulate the hand to control a person’s body, and this hand manipulation is crucial during the process of handcuffing a suspect or during other physical contact. This is when the Atlanta officers could have stopped the escalation from going further.

The Kenosha Police Department shooting of Jacob Blake is a similar situation in which the officers on scene lost control during an arrest attempt. Over his 28-year career, Mireles has implemented his experience in martial arts and has been involved in events just like those leading to the Kenosha and Atlanta shootings.

There is a whole lot of griping without offering practical solutions. This seems like a good one.