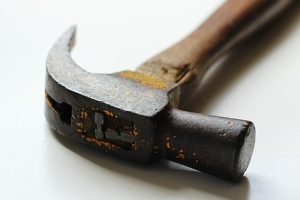 The statistics are just not on the side of the anti-freedom caucus. When looking at or digging through the data that’s most readily available from the FBI, there is much to be learned. It’s safe to say that most of the numbers are just downright inconvenient for gun control fans. Pair that with what happens in day-to-day America and you’ll be able to get a better picture of how a prohibitionist methodology in dealing with firearms has zero effect on making any of us safer.

It was recently reported that a man from Burlington County New Jersey beat to death another man with a hammer. According to the available information, no motive was noted, but we do have the following information:

A Burlington County man accused of beating a Delaware man to death at a truck stop in Salem County has reportedly admitted to killing the man with a hammer.

Williams was arrested on May 7 at the Flying J Travel Center in Carneys Point just before 11 p.m. May 6, according to Carneys Point police. Williams was found sitting at a table in the drivers lounge, with Porter laying on the floor nearby.