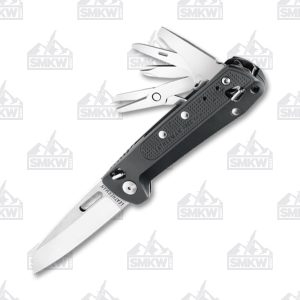 First things first, the Leatherman FREE series is awesome. The lineup debuted earlier this year with the P series of pliered multi-tools and was followed with the addition of the smaller, more Swiss Army Knife-styled T series. After some waiting, the new Leatherman FREE K series– Knife series – is here. This one is more like a modern folding knife than the others, but it still includes useful tools that you expect in any Leatherman. Like Leatherman says on the box, they aim for an “easiest-to-carry form factor,” and the K series fits that bill.

Leatherman sent us one of these. I am going to do a review and then give it away to a reader.