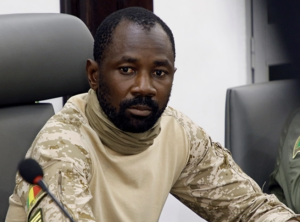 Mali’s interim President Assimi Goita has been targeted in an attempted stabbing attack after Eid al-Adha prayers at the Grand Mosque in the capital, Bamako, his office said.

“The attacker was immediately overpowered by security. Investigations are ongoing,” the presidency said in a Twitter post on Tuesday.

The interim leader was whisked away, according to an AFP news agency journalist, who also said he saw blood at the scene, though it was not clear who had been wounded.

Later on Tuesday, Goita announced that he was doing “very well” following the attack.

“That’s part of being a leader, there are always malcontents,” he said in a statement broadcast on state television channel ORTM.

It is unclear which of the multitude of factions in Mali is behind the attack.