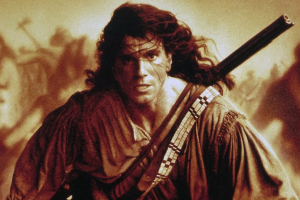 SEAL Team 6, best known for killing Osama bin Laden in 2011, used hatchets made by Daniel Winkler, a North Carolina knife maker who forged blades for the 1992 movie “The Last Mohicans” starring Daniel Dey-Lewis, according to the The New York Times.

The article titled, “The Secret History of SEAL Team 6: Quiet Killings and Blurred Lines,” claims that “during one period, members of Team 6’s Red Squadron — its logo shows crossed tomahawks below the face of a Native American warrior — received a Winkler hatchet after their first year in the squadron.”

In an interview, Winkler refused to say which SEAL units had received his tomahawks, but acknowledged that many were paid for by private donors.

Several former Team 6 members said that some SEAL members carried the hatchets on missions, and at least one killed an enemy fighter with the weapon.

Surprise..It’s Daniel Winkler. The Last of the Mohicans reference tipped it odd for me.