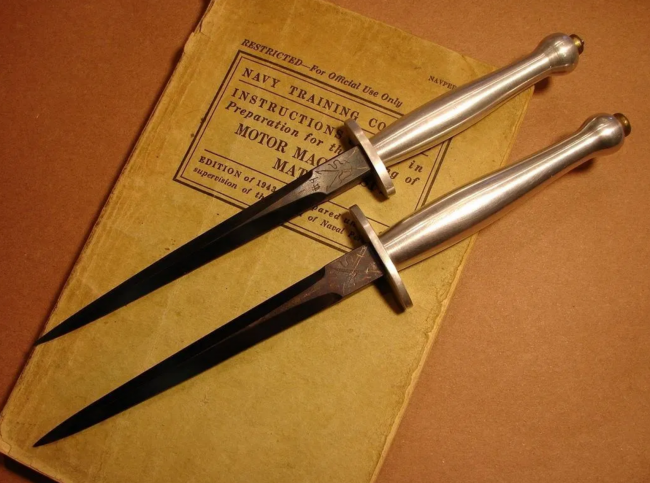 World War II saw the advent of modern special operations, and thus the need for special hand-to-hand fighting skills for special operators. The foremost of these units were the British Commandos, the OSS, the First Special Service Force (1SSF), Army Rangers, Marine Raiders, and Alamo Scouts. There were others, many of whom were formed ad hoc by commanders, in special situations. William Ewart Fairbairn and Eric Anthony Sykes were the founders of modern SOF hand-to-hand fighting techniques and were key players in the development of modern close-quarters combat.

Their names are often recognized in reference to the Fairbairn-Sykes fighting knife, which they designed and was widely issued during WWII to Allied SOF units. Fairbairn and Sykes developed their expertise in hand-to-hand combat working as policemen in Shanghai in the 1920s, an overpopulated city overrun with crime and drugs. They commanded a special police unit that was tasked with riot control, Triad interdiction, and other special projects. Fairbairn and Sykes did a survey of various martial arts systems across Asia, and from that developed their own system and called it Defendu. They and their police officers tested and improved this system in thousands of documented engagements.

If you want to learn more about the famous Fairbairn-Sykes knife, you’d be hard pressed to find a better book than this: