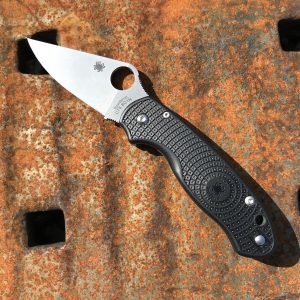 Spyderco released a new version, a lightweight version, and a few of the criticisms I had are gone.  Yes, this knife is better than the original Para3.  But that is a backhanded compliment, like being the skinniest sumo wrestler.  Yes, it is also a Delica-killer.  Which is, as well, something of a mixed message.  Sure it is a Delica-killer but so are about three dozen other knives.  In the end, I am convinced that the LW is the best version of the Para3, but I am not sure what that amounts to compared to the rest of the market.  Let’s see how it does by the numbers.

Everyday Commentary’s knife reviews are among the best, so a negative review carries weight. As the owner of the original Para3, I recognize the criticisms he is making, but they just don’t seem to bother me as much as they do Anthony. It isn’t a “must have” in my opinion, but I have no issue clipping it in my pocket if it is the knife I see when I am looking to grab a knife for the day.

The Para3 Lightweight just won the BLADE Award for Most Innovative American Design. So somebody likes it.