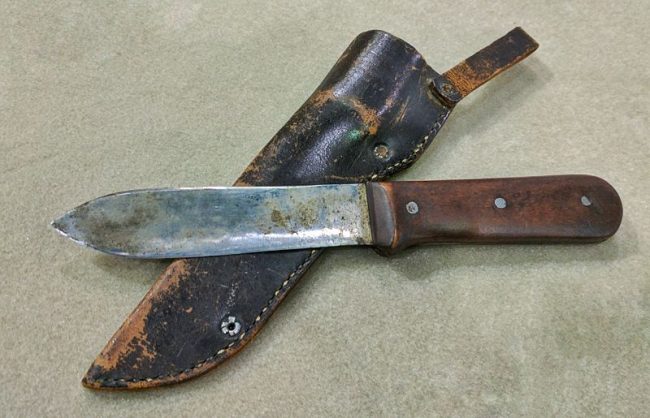 This article originally appeared on The Truth About Knives. Used with Permission of the Author.

Every year, the BLADE Show is full of highlights, but 2017 gave me something that will be hard to beat. I had the chance to handle an original Kephart knife -by Colclesser Bros. of Pennsyvania. Holy smokes!

Formerly belonging to Mark Zalesky, owner of Knife Magazine, the Kephart was brought to the show by Ethan Becker, who had recently managed to acquire it. I’m afraid to even ask him what it took to make that transaction take place. The knife is one of two known to still exist, and the only one in private hands. Horace Kephart’s personal knife is the other, and it resides in a museum collection.

Fortunately for all of us, Mr. Becker is a most gracious individual. If his new prize belonged to anyone else, no one would ever see it again, but Ethan told me he enjoyed being able to share such a once in a lifetime opportunity with people that truly appreciate it. 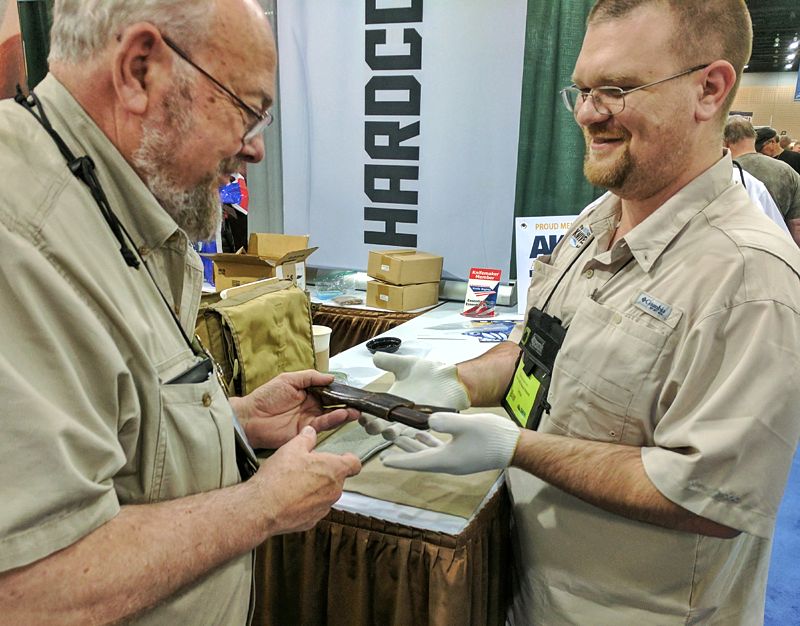 So, it was with reverence in my step and gloves on my hands I accepted the knife as Ethan handed it to me like some Excalibur. 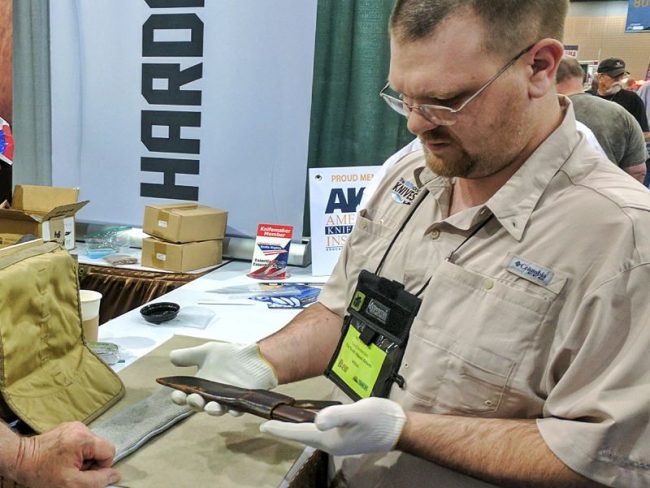 It took a moment to sink in as I stared at the knife. In my hands was a direct link to Horace Kephart, the Godfather of American woodcraft, designed by him and then produced by the Colclesser Brothers in Eldorado, PA. I was in awe. I was holding the original Kephart Knife. 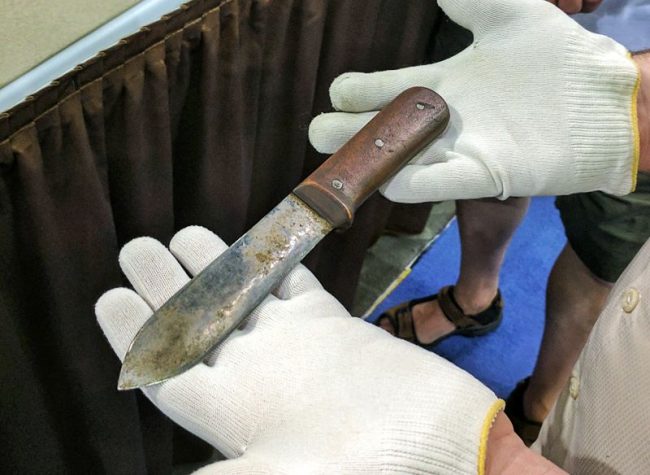 It may not look like much from a distance, but get closer and there is plenty of information to be gleaned.

Everyone interested in Kephart knives has surely seen the illustrated adverts for the knife, but those drawings don’t truly communicate the subtleties of the original Kephart knife design. This is so much more than any “Kephart” reproduction I have ever seen. 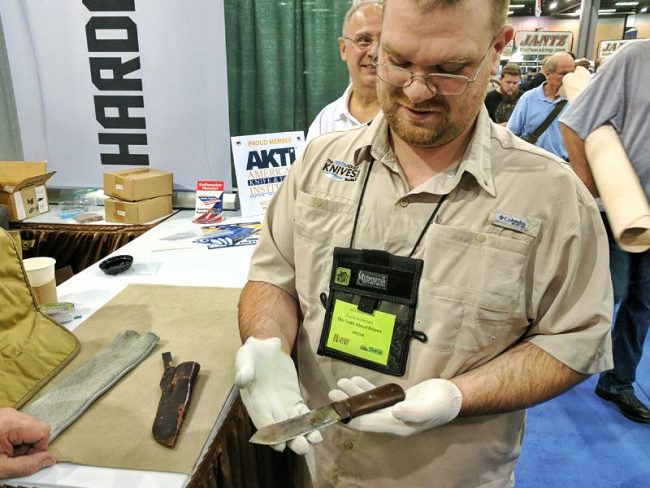 The blade was in remarkable condition for its age. A bit of surface rust, sure, but nothing to worry about. You can just make out the maker’s mark and the edge was even sharp still. Ethan told me he had to use the knife just once, so he made a single tent stake with it, and said, impressed, “That edge wanted to cut,” describing it as “hungry!” 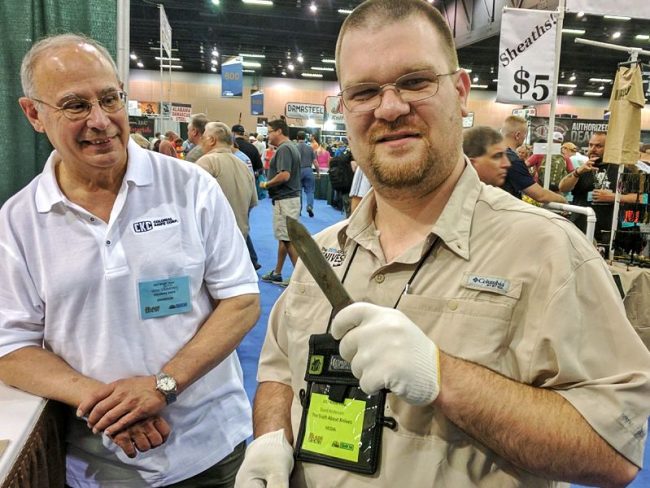 The walnut handle is thin but felt comfortable with an oval cross section. I’m guessing each slab was less than a quarter inch each, except for the flare at the front.

That flare looks a little unusual, but it provided a very natural place for a pinch grip right behind the apex. 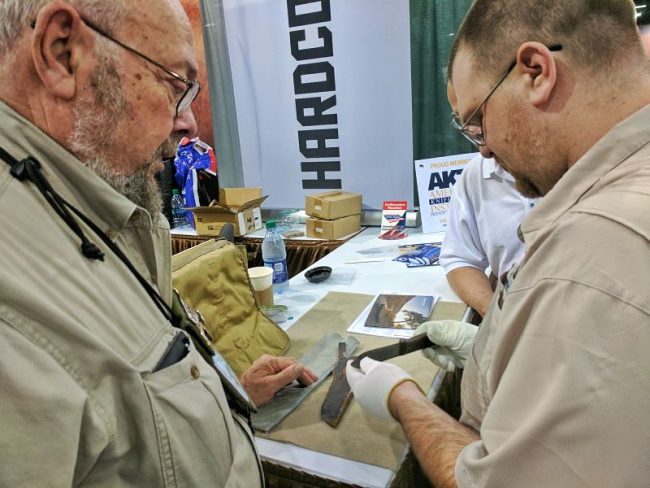 The blade itself was ⅛” thick with a tapered tang, and the blade length was right around five inches. Rather than a symmetrical spear point, the cutting edge angles lower before the belly brings it back up to the point along the centerline. 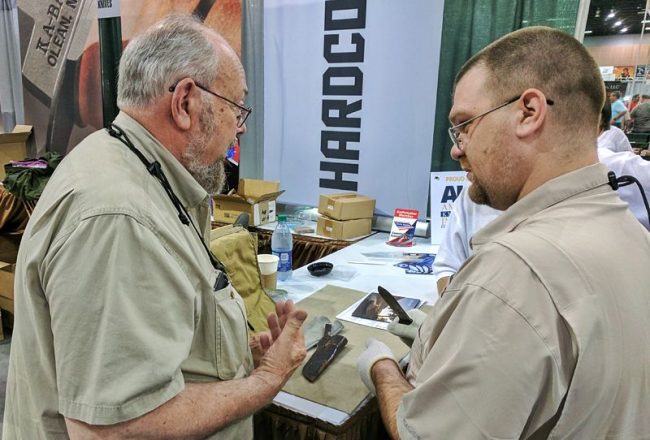 Most interesting is the blade geometry. The shape is convexed about halfway up the blade, and then slightly convexed back toward the spine as well. This makes the thickest part of the blade in the middle, rather than at the spine. Combined with chamfered edges at the spine and a distal taper, such a shape should move very efficiently through soft materials (such as flesh while processing game). Seriously, there is a lot going on within that “simple spear point” shape. 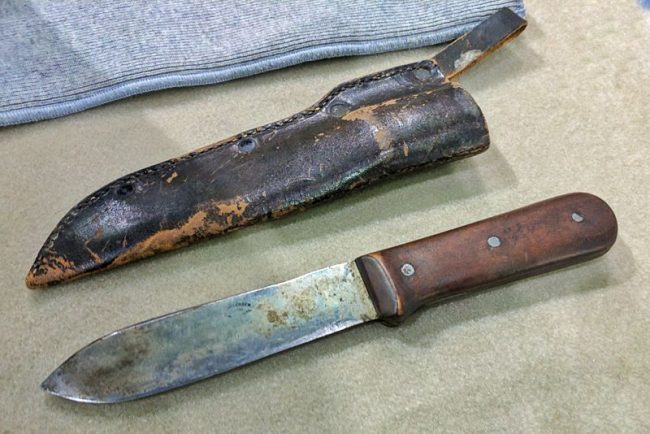 I won’t go in depth on the sheath. According to Ethan, the rivets appear to be period correct, but they are not sure if it is original or not. 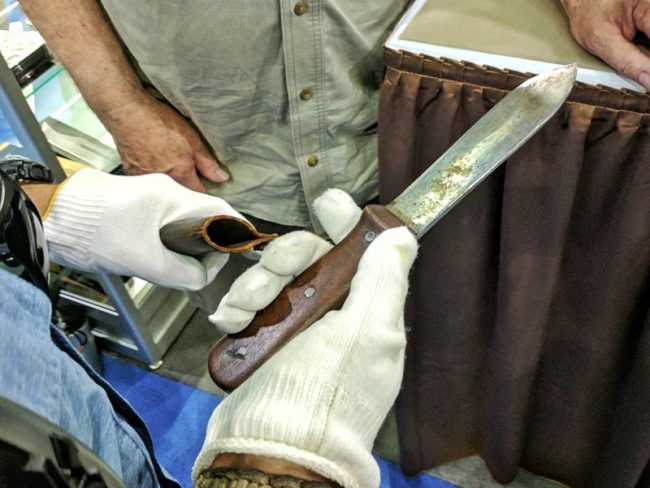 I have heard people say before that the original Kephart knife design is “everything you need, nothing you don’t,” and while that is true, I think someone said it better at the show this weekend. Ethan relayed it to me, although I can’t remember who it was exactly that said it “There is nothing on that knife that doesn’t need to be there.”

Originally sold for $2.00 those many years ago, there is no telling the true value of this knife today, and I can’t thank Ethan Becker enough for not only sharing the knife with me, but with all of us. 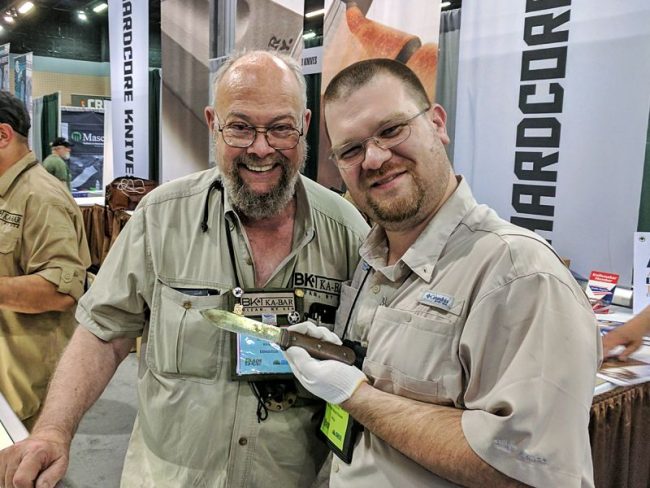 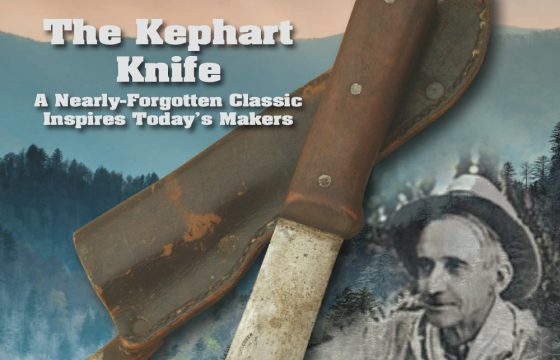 Have you seen the free online sample issue of Knife Magazine? 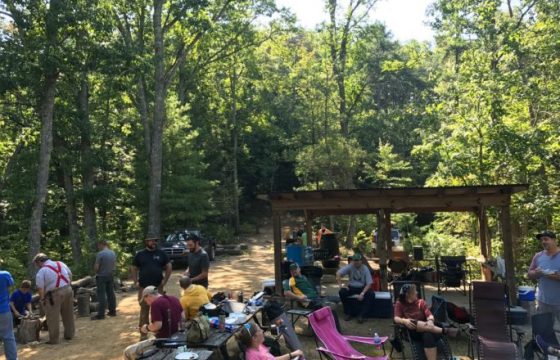 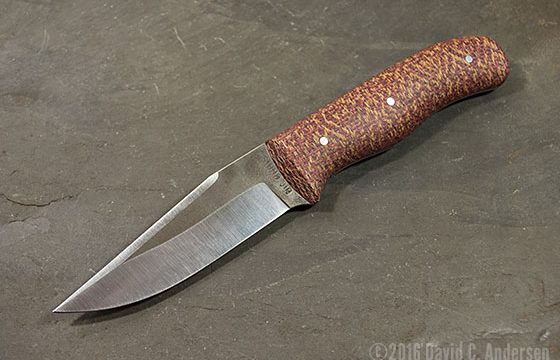