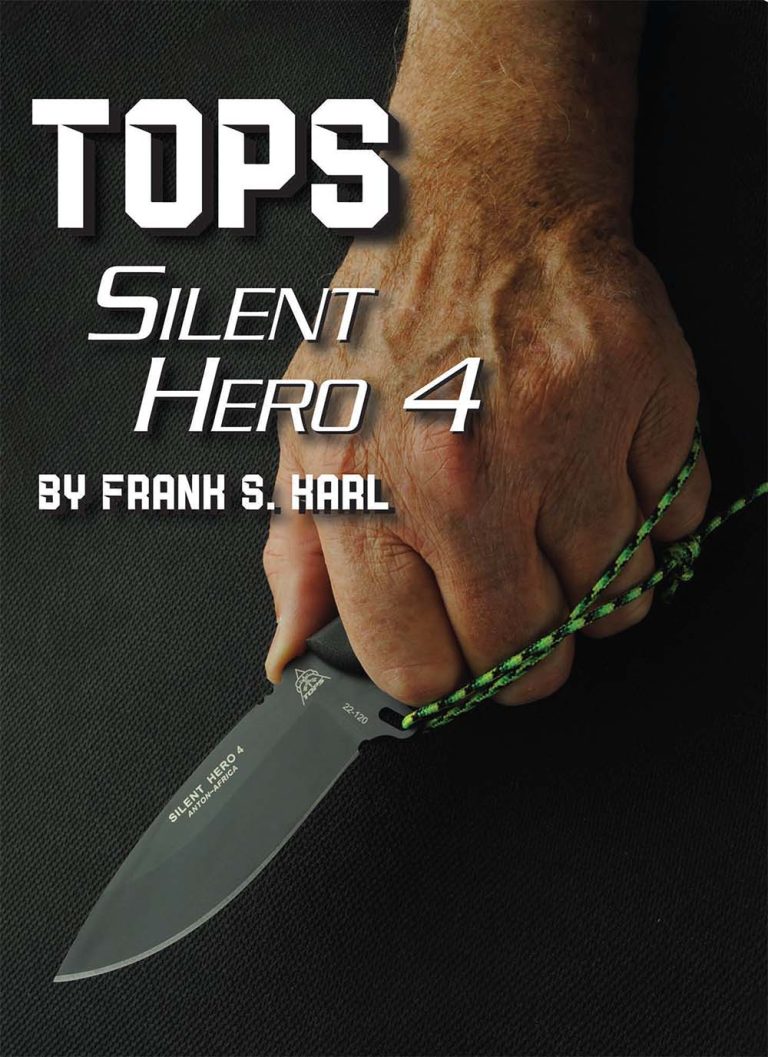 The sun was setting. The Specialized Interdiction Unit of the Silent Heroes Foundation had found the traps and snares earlier and deactivated them, making them bait for the poachers who set them. It was dangerous work; poachers have no regard for life, animal or human. In the distance, the men could see the dust rising from oncoming vehicles. It wouldn’t be long now.
Anton du Plessis was tasked with combating rhino poachers in South Africa. The illegal trade in rhino horn and ivory products and its transportation to China and Vietnam for use as a status symbol or folk medicine is bringing many species, including the rhino, to extinction.
Du Plessis designed a mid-to-large sized knife to be used by his SIU called, appropriately, the Silent Hero. Many users, including du Plessis, realized the large knife wasn’t always needed. A smaller knife that could more easily be carried and would therefore be available when needed was desirable. Looking at the attributes he wanted, du Plessis designed a more compact, Every Day Carry knife called the Silent Hero 4. Today, both are offered by TOPS Knives.

This article appears in the October 2022 issue of KNIFE Magazine. We have brought it to the free side of the paywall for a limited time. Click the blue button below to launch the flipbook and read the whole thing.