This week was a bit of a blur. The only reason I knew what day it was was because it was Press Day on Wednesday. July’s issue is “in the can”. I know that the newsfeed was a bit sparse this week, I ended up doing my last interview for my 3rd installment on WuFlu’s effects on the knife industry Tuesday afternoon. Watching this play out has been interesting. It started with a side-bar on Covid in our March issue. Then a whole page in Knife News, then finally a 4 page article as the industry reopens. It was nice to do actual “journalisming” instead of just reblogging stuff.

It is pretty depressing that a week later, there are still riots and vandalism. I think Scott Adams (of Dilbert fame) summed it up best:

Everyone is pretty much in agreement, it was a pointless killing of a person who at the time was presenting no threat or resistance. The cops have all been charged. What are we doing now? My sympathy level is rapidly flagging.

On the positive side, the Gun Control movement has been set back a decade at least. Thanks to heroes like this… 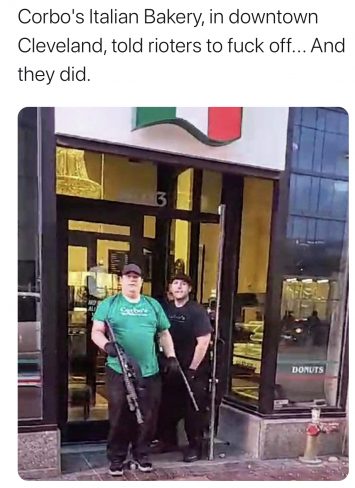 So last week was our final week of CRKT sponsorship of our Weekend Open Threads. I have feelers out to several companies, but the wheels are turning slowly these days. Right now, it looks like Artisan Cutlery might be coming through for us first.

We do have some random knives lying around the office. Including this “One Arm Tall Boy” from Fight’n Rooster. 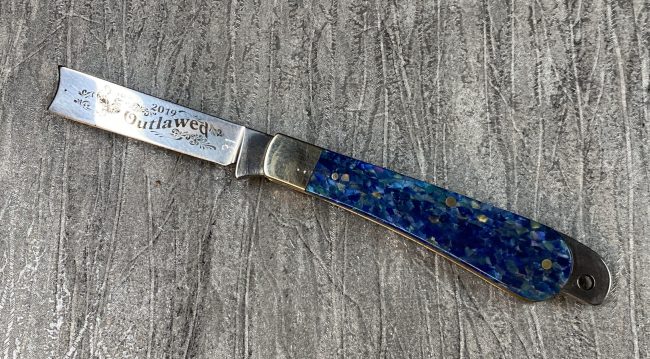 Not likely to find a Fightin’ Rooster review on YouTube, but I wrote about this release in the December issue Knife News column: 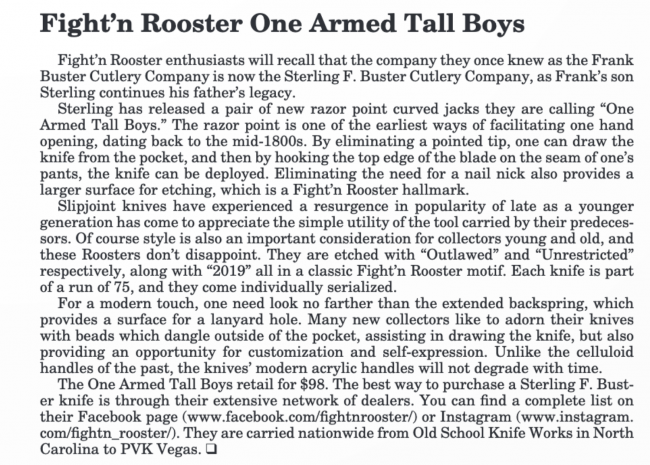 Cmeat was our winner of the CRKT Burnley Tuna. He is not eligible this week, though I expect that he will drop us a line anyway. The rest of you can enter with up to 5 comments or replies. It is an open thread, so the floor is open for y’all to make of it what you will. It doesn’t need to be knife related. Or it can be. Someone throw out a topic, and get the ball rolling.

That is about all I have right now. Good luck in the contest, and stay safe everyone.

As I have been doing, I backdated last week’s post to free up space on the homepage. Here is last week’s:

Weekend Open Thread…yeah…I’ve got nothin’ (except a CRKT Burnley Tuna to give away). 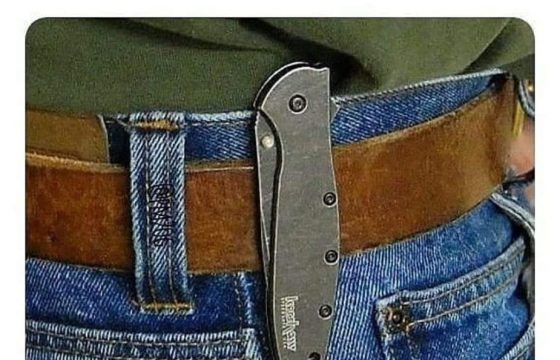 Weekend Open Thread: A bunch of savages in this world 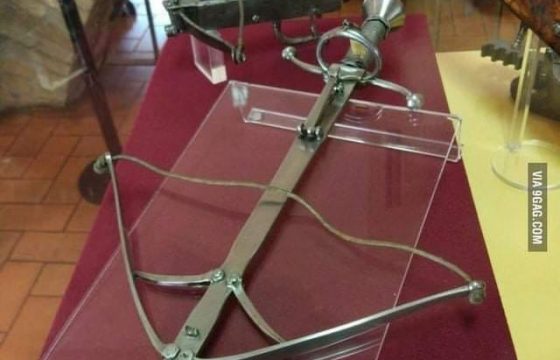