Greetings and Salutations fair People of the Knife.

We slogged through to another Friday, and it is time for the KNIFE Magazine Weekend Open Thread. Don’t forget to tip your waitresses.

Next week is Press Week, and I am traveling for my kids’ fall break. The news feed might be a little sparse next week while I am gone and working on print magazine stuff. We are also finally upgrading the site, so some things might not work properly right away. For instance, I know that the flipbooks and membership stuff will be down for a little while. Gradually we will bring things back online as the previous thing gets debugged and running.

I actually made maple syrup in High School.  We tapped about 1500 trees every season. And pulled all-nighters in the sugar shack when the sap was running.

And 3.5 more than the Browns have ever. 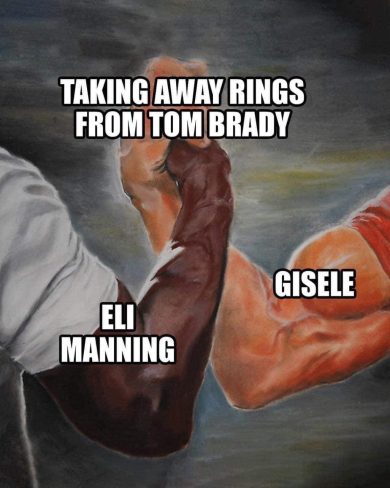 As savage as things might be, knife shows are a nice distraction

And of course, the (little) Big One –

As well as the ribbon cutting for the new instructional facility on Sunday the 16th:

Anyone going to any of the above? I assume Hocky will be at the Moran events.

Halloween is obviously coming up. There will be a Halloween themed WOT I am sure, as I am unlikely to stop coming across Halloween memes for the next 3 weeks.

I would wear these with my Roleks watch…

These folks would look great in them…

Not sure about “Josh”. Is that supposed to be Drake? The rest are fairly obvious.

Still not as scary as Michael Jackson.

As for this week’s drawing, I have to apologize to Del and Cmeat. I haven’t managed to ship your winnings out yet. I have been hit or miss in the office since I have had to be home to let the contractor in. I promise to remedy a week from now when I get back from Cleveland.

Our current token holder for the BeyondEDC drawing is Hocky. Mark R. joins him. You need to be drawn twice to win, so these two are just one drawing away from winning the first knife. Usual rules apply. Up to 5 comments or replies count as your entries, and if you are new to the blog, your first comments will be held in moderation until I approve them.

We have been trying to get more people to participate in the Weekend Open Thread, so I am going to up the ante even further for first time commenters.  Your first comment will automatically earn you your first token, you don’t even need to be drawn.

Since there are two knives, your token carries over to drawing 2.

Jeff Lynne isn’t even dead, and he’s already been reincarnated as a dog.

I grew up in a better time. Even in the 1980s, more of my time was spent outside than in.

Actually, they technically do.

Someone in Knox County, OH tried tagging a Great Dane during my time there.

We need the Gatling Possum to protect us from the Machete Plant.

Or a gang of frogs.

Knowing really is half the battle.

Someone missed a grand opportunity to end with a Rickroll.

Ok.  That is pretty cool.

Who are we fooling? I didn’t have 20 friends as a teenager.

This is true. Zima came out when I was in high school and people were hard pressed to even drink it underage and free.

The kids these days love them. I fear for our future generations.

I bet the Chicoms torture people by making them walk on “mega blocks”, those Chinese knock off Legos.

Be ungovernable my friends…

Even funnier when you don’t even try to leave the line at green. And the Nova proceeds to get pulled over.

Hopefully not how it’s ending…

Have a good weekend all. Stay safe. 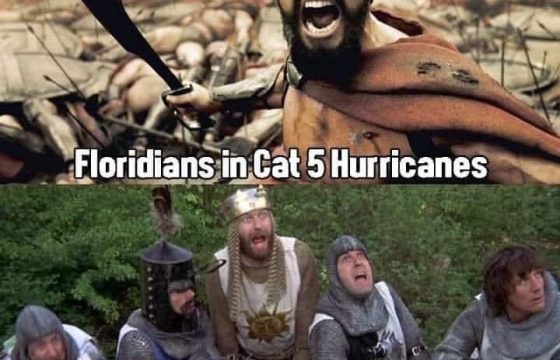