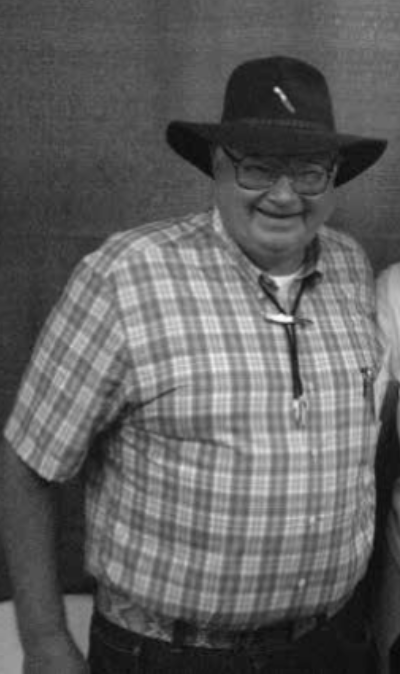 Adrian Harris passed away April 9th following a period of declining health. He is best known for founding the Tennessee Knife Works in 1978, and creating the Colonel Coon line of collectable pocketknives. The name came from a nickname Harris earned as a cadet at the Columbia Military Academy.

Harris was a knife collector and natural tinkerer who became a certified repair technician for both Schrade and Kissing Crane Knives, in addition to his full time manufacturing/research career. He later channeled these skills in his new company, inventing a chemical etching process for knife blades that became a hallmark for his Colonel Coon brand, and was utilized on countless commission runs for knife collecting club knives.

Tennessee Knife Works closed in 1988, with all equipment, his proprietary etching process, and other technical information being sold to W.R. Case and Sons. For a time following this, Harris worked as an engineer and consultant for Case. 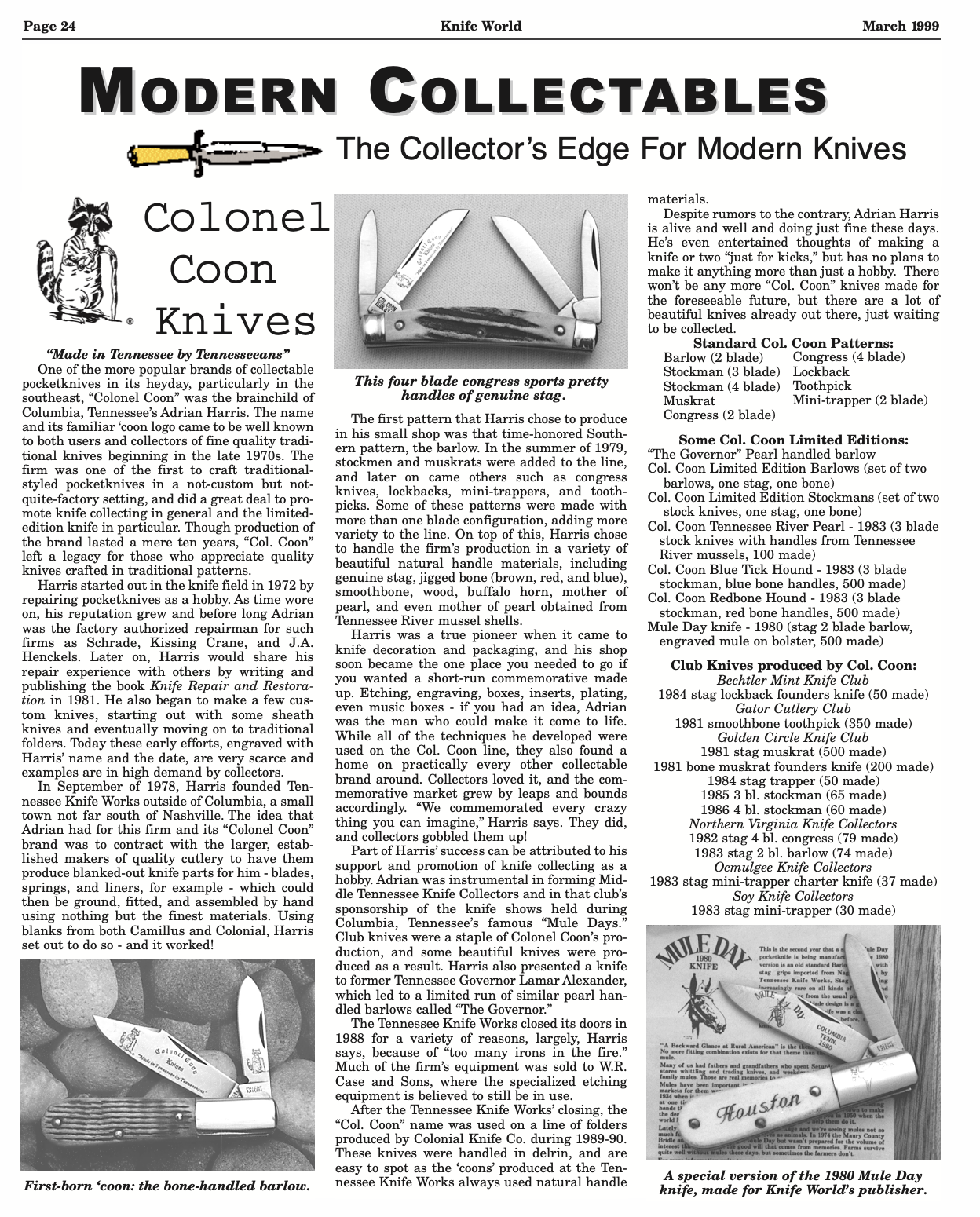 Harris and his Colonel Coon Knives have been chronicled in several articles as far back as 1979. The article above comes from Knife World’s March 1999 issue. Online Premium Members can always access it, and the entire 40+ year archive of Knife World(1975-20159 and Knife Magazine (2015-present) by clicking on The Vault—>Magazine Archives in the menu bar at the top of the page.

For a limited time, we are also making Tonya Hinch’s 2012 Knife World article available for free for everyone, by clicking on the blue box below.