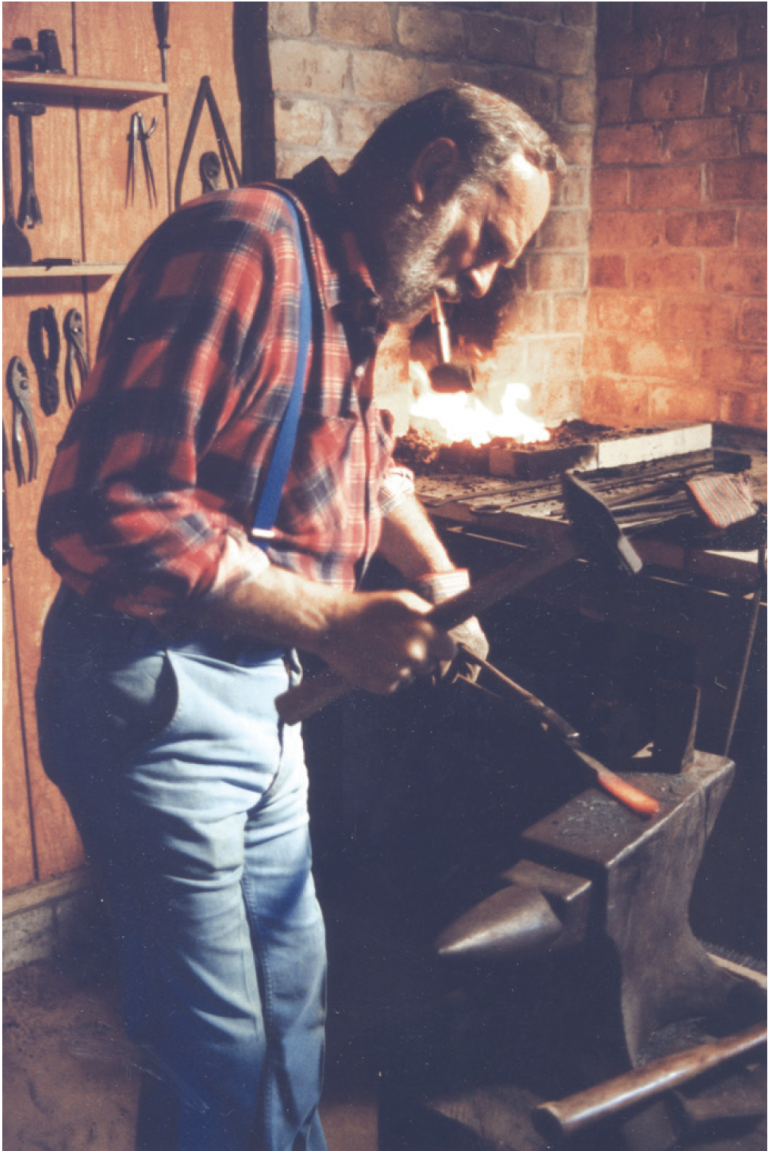 We received news last Tuesday that Dr. Jim Lucie has passed away. The following is from the Knife News column in the upcoming April 2020 issue, which went to press within 24 hours of our finding out:

Dr. Jim Lucie was a true renaissance man – physician, veteran, author, collector, and bladesmith. Born in 1928, He paid his own way through medical school by working as an ironworker alongside his father, rising to the rank of Journeyman Ironworker. He opened a small medical practice in Fruitport, Michigan which just happened to be home to the legendary Bladesmith Bill Scagel.

The two met when Scagel was 82 years old. Jim started as Bill’s doctor, and eventually became quite close with the notoriously reclusive Scagel. The two spent countless hours together in Scagel’s shop, but Jim did not become a maker himself until many years after Bill’s 1963 passing. He did however amass an extensive collection of Scagel knives and artifacts, which he happily shared with the collecting community, helping cement Scagel’s legacy among the pantheon of smiths.

He eventually was convinced to give knifemaking a try, and his list of early influences and instructors reads like a Who’s-Who of great makers, none greater than Bill Moran himself. It was under Bill’s tutelage at the Rochester Institute of Technology that Lucie began to forge blades.

Jim went on to become a highly respected maker in in own right, mentor to many, authored a book on Scagel, and upon his retirement donated the all of his tools and equipment to the ABS to help future generations learn the craft. He passed away March 3rd, 2020.

May his memory be a blessing. Requiescat in Pace.

Dr Lucie was featured in our August 1997 issue. KnifeMagazine.com Online Premium Members can click on the image below to read the issue. 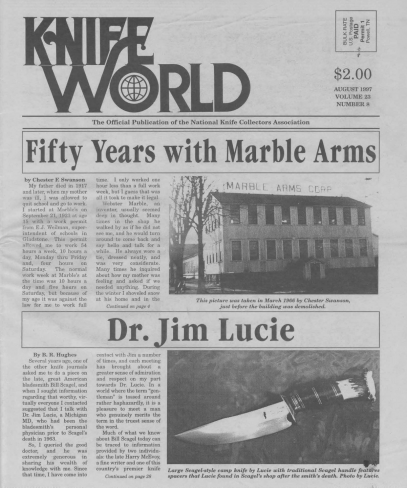