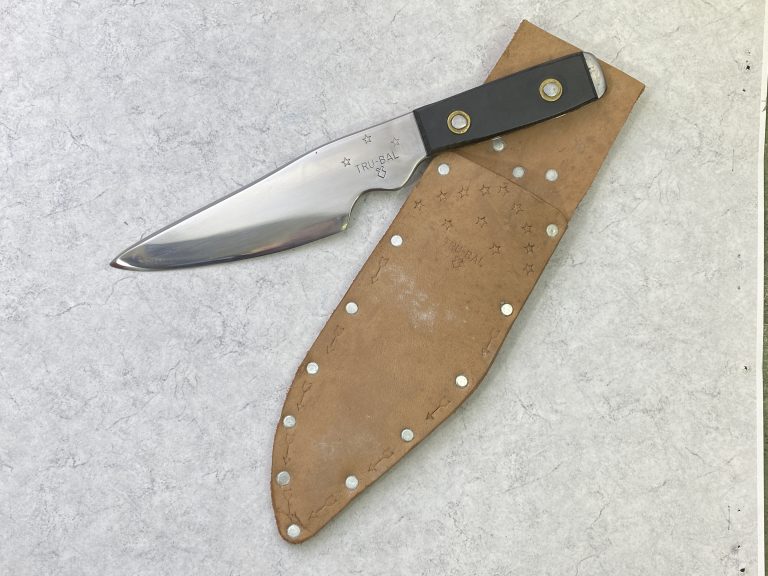 Harry K. McEvoy, considered to be the Father of modern day knife throwing was a long time resident of Grand Rapids, Michigan.

He founded the Tru-Balance Knife Company in 1949 and was one of the primary suppliers of quality throwing knives to professional and sportsman throwers alike.

He authored such books as Archery Today, Crusader in the Wilderness, Knife Throwing “A Practical Guide”, Knife and Tomahawk Throwing, “The Art Of The Experts”, For Knife Lovers Only, and Co Authored, Knife Throwing as a Modern Sport, with Charles Gruzanski.

He had coached and demonstrated knife and tomahawk throwing for more than 40 years and was the founder of The American Knife Throwers Alliance which is still in operation today by knife thrower and knife maker Bobby Branton of Awendaw, South Carolina.
Unfortunately, Harry passed away after a brief illness in 1993.

Bobby Branton is a long time friend of KNIFE Magazine (www.brantonknives.com). He is a maker, an author, and world-class knife thrower.  In 2016 he took over sales and Marketing for Tru-Balance, before purchasing the company from Harry’s son Stephen in 2017. He has published a brief history of the company online, an excerpt of which is shared above, with plans to potentially publish a book on the company some day. It is worth a look.(Click Here).

We stock and carry Harry McEvoy’s book, Knife and Tomahawk Throwing, but that is not the most interesting connection we have to Tru-Balance. 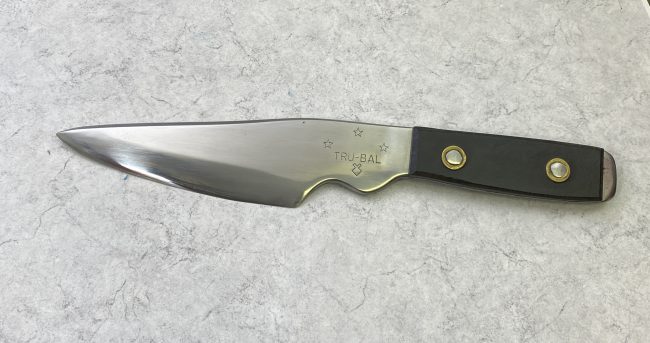 Harry was friends with Knife World (our predecessor publication) Founder and Cutlery Hall of Fame Member, the late Houston Price. Among the items in Mark’s collection is a pretty fantastic Tru-Balance knife  (#3 in its series) which was given to Houston by Harry, including handwritten notes both on paper and on the back of the sheath.

Yes, 1981. 40 years ago. So it is understandable the paper is a bit fragile at this point.

We also have published another title from Harry McEvoy, one of the earliest books on William Scagel.

This book is currently out of print, but if there is enough interest, Mark said we can put a digital copy online for our Premium Online Members. Please let us know if the interest is out there, and we can see about getting it up for you all. Alternatively, you could pick a copy up on the secondary market, but be prepared to squeal a little. This book, which retailed for just $3.95, now goes for upwards of $150 on eBay. Not a bad return on investment.

You can find out more about Tru-Balance throwing knives or place an order for one of your own at www.trubalancethrowingknives.com, or see Bobby’s other work at www.brantonknives.com.