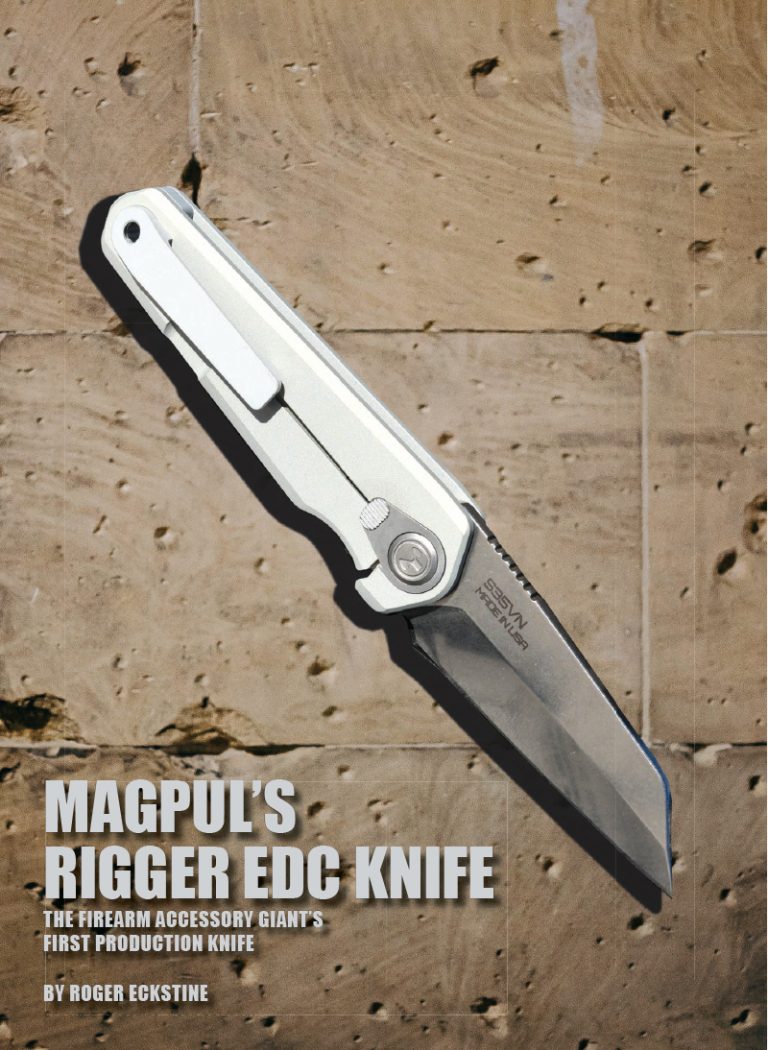 If you have not recently served in the military or have little to do with modern firearms, you may not be aware of Magpul Industries. Founded in 1999 by Richard M. Fitzpatrick, a U.S. Marine Corps Force Recon Sergeant, the company’s first product was a device that attaches to the ammunition magazine of an M16 rifle, the civilian version of which is known as the AR-15. The Mag-puller, from which the company name and trademarked icon is derived, served a welcome purpose. Soldiers in battle are often not in the ideal position to grab a fresh magazine from their vests. The Mag-puller added a loop to its base pad so that it could be tugged from its carrier even if the soldier’s hand was injured and not able to grasp. The puller was also handy if the magazine became stuck in the receiver of the rifle.
While this seems like a small innovation in itself, the company has since produced many more innovative products including rifle stocks, rifle bipods, and adjustable buttstocks for the AR-15 and AR-10 rifles that for the first time featured a locking system. This solved the problem of military specification (mil-spec) adjustable buttstocks that did not produce a rigid platform even when the stock length was properly set. Furthermore, it could be said that Magpul has perfected more precision firearms accessories formed from polymer “plastic” than any other maker. Due to its superior function and increased service life the Magpul P-Mag, for example, has virtually replaced the use of steel or aluminum in the construction of magazines that feed M16 rifles used by the U.S. Army and the United States Marine Corps. With a track record like this, it was no surprise that the Magpul Rigger EDC is in our view a folding knife that was worth waiting for.
The first Magpul Rigger knives became available about one year prior to this writing in a series of four limited editions consisting of 200 pieces each. They featured Micarta scales on the non-locking side and sold out at an MSRP of $425. The everyday carry or production version is the subject of this review. Suggested retail price is $240.

This article appears in the February 2022 issue of KNIFE Magazine. We are making it available for free to our readers. Click the blue button below to launch the flipbook.