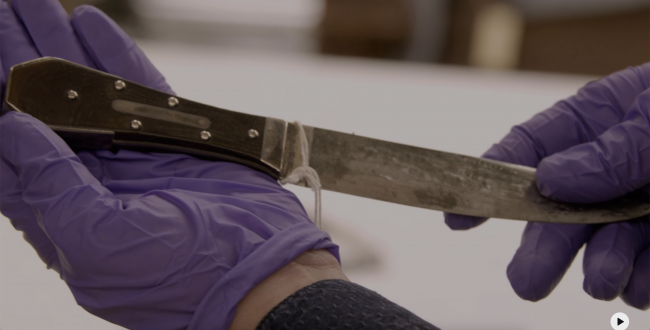 It is not hollow boasting to state that KNIFE Magazine Publisher Mark Zalesky is an expert on the Bowie Knife. He literally (co)wrote the book.

A Sure Defense – The Bowie Knife in America by William B. Worthen and Mark D. Zalesky

So it is no surprise that he is contacted from time to time for his expertise for appraisals, lectures, and a wide range of other requests. A while back he was contacted to appear on the History Channel show Man vs. History, and shortly after traveled to Historic Arkansas Museum for filming.

Season 1, Episode 6 is titled “Secret History of the Bowie Knife” and a preview can be seen here (Mark can be seen briefly at :04 and :08 second marks in this 20 second preview)

In 19th century America, the frontier was a challenging place to survive, which meant that the tools and the weapons folks carried often meant the difference between life and death. Not surprisingly, a great many myths have grown up around some of the most iconic tools and weapons. Bil separates fact from fiction surrounding the legendary Bowie Knife, attempts to outshoot Abe Lincoln, and unloads the Colt 45 origin story.

For those who are interested in seeing Mark give a more detailed talk on the Bowie Knife, he will be appearing at the ABS Mid America Bladesmithing Symposium this weekend. His talk is on Saturday morning. 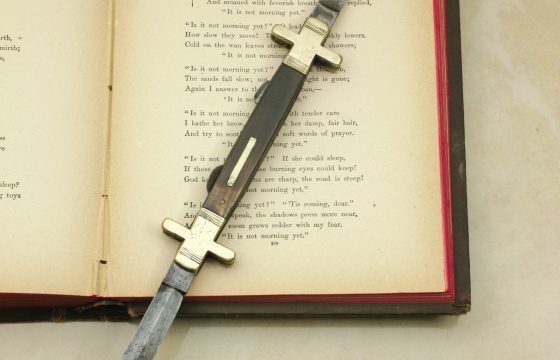 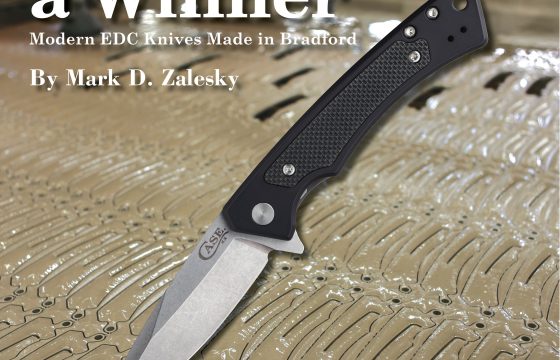 Case Creates a Winner: Modern EDC Knives Made in Bradford 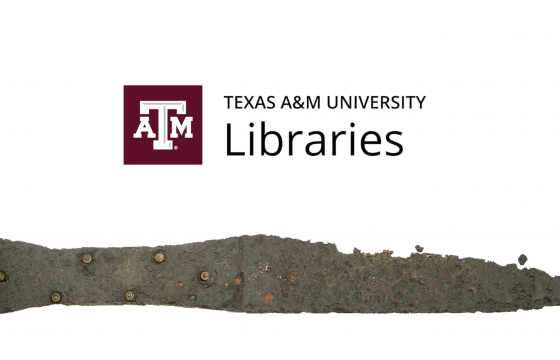