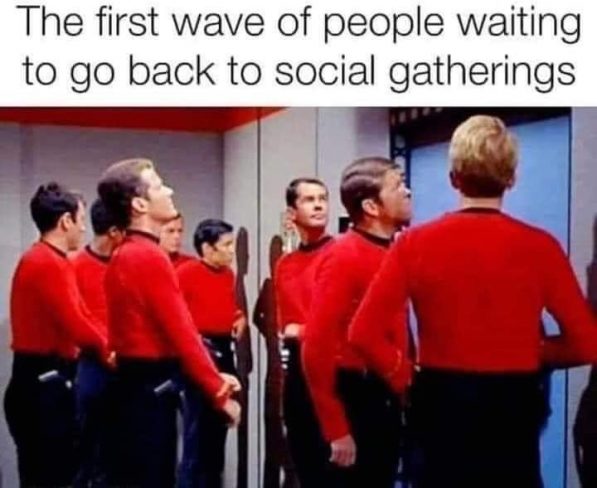 I always thought that saying belonged to a Star Trek actor who has passed, but it might just be apocryphal. I couldn’t find it in a quick Google search. But I did find this one, so I am doing better than Ensign Ricky.

Going back to the first meme, I think it is a little exaggerated, but I think that fear of reentry is a real thing, and even I am feeling a little squeamish about Blade Show. I doubt I would go to an indoor sporting event yet.

If only our expert class could get out of its own way…and ours.

Speaking of social gatherings, this is the first weekend where we have multiple events back and taking place. The Oregon show cancelled, but there are several hammer ins and such taking place this weekend.

And a shout out to KNIFE Magazine Staff Correspondent Bryan Wyszkowski who helped take the helm of next weekend’s Lehigh Valley Show when the previous organizer passed away last year.

Only 5 comments last week. Kinda slow. Cmeat wins the backissue of his choice, having made the lucky comment. This week we have a Browning Large Primal Folder:

It is one of the new knives from Browning for 2021. I wish the detent were a little crisper, as it would improve the action, but the ergos are good for a light hunting/heavy edc.

Usual rules apply. up to 5 comments or replies count as your entries. If it is your first time leaving a comment, it will be held in moderation until I approve it. After that, future comments will be approved automatically.

Now, back to our memes…

And finally, for no reason whatsoever… 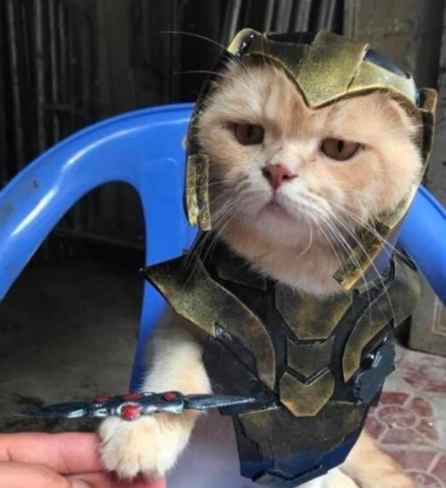 Weekend Open Thread: May the Cinco be with You Edition (Updated)

Weekend Open Thread: It is all One Big Conspiracy Edition