This article appears in the November 2021 issue of KNIFE Magazine. If you are a Premium Online Member, you can read the whole thing by clicking this link. Not a Premium Member? It is just $19.95/year ($9.97 for print subscribers). You will get online access to all 40+ years of KNIFE Magazine and Knife World, plus each new issue as it becomes available. Click Here to find out more.

In the mean time, please enjoy this extended free preview. 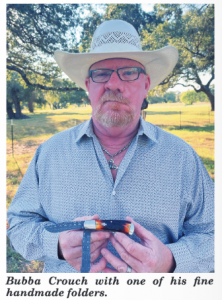 I reveled at the opportunity to talk to Tommy (Bubba) Crouch and find out more about this colorful knifemaker’s career, not to mention his striking knives. He goes by “Bubba,” as everyone in the knife community already knows. Well, maybe not everyone, but this straight shooter quickly filled me in on the protocol for our interview when I asked what he liked to be called; “You call me Tommy and I won’t talk to you,” he said with a chuckle. I knew right then and there he was my kind of knifemaker. Honesty and humor are what we need in this mixed-up world right now, and it was really a breath of fresh air to have an opportunity to talk knives and knifemaking with Bubba.
While Bubba wears many hats due to all the activities he is involved with, there is no doubt that his favorite and first choice is his cowboy hat. He has been involved in ranching most of his life, and has also spent considerable time on the team roping circuit as a team roper. One of his first jobs as a young man was assembling metal buildings with his father, he still sells these buildings to this day. Crouch drove a cattle truck for eight years, his dad became sick at one point during this time, so naturally he returned to help on his dad’s ranch for a few years. He considers himself a part-time knifemaker.
I was surprised to learn that Bubba only began making knives as recently as 2009 – looking at the high-quality knives he makes, I thought he had been doing this for much longer. There are so many makers producing excellent knives today, sometimes it’s hard to see the individual trees for the forest. This is certainly not the case with the exquisite work Crouch is doing, his knives immediately grab your full attention! As fascinating as his knives are, my main focus was learning about this maker’s background, especially the history that led to making these wonderful knives. As a knifemaker myself, I always relish learning the how-and-why details that led to making that very first knife.
For someone growing up on a ranch a knife is a necessity, and usually one of the first tools a person uses. This was certainly true for Bubba, so it came as no surprise to learn that he started collecting Case and store-bought pocketknives growing up. As I mentioned, that first custom knife was made in 2009; he still has this “gem” hidden in a gun safe, Bubba refers to it as a “hideous fixed blade.” A friend still has the first folding knife he made. The taste for folding knives came as a young man through a neighbor, none other than knifemaker Pat West. Bubba always liked Pat’s knives, saying that Pat, “Was the first guy in South Texas to construct pocketknives.” Bubba was working with his dad at the time and could not afford one of West’s knives. One day while he was working with some friends, Pat West happened to be there and asked, “When are you going to come over and build some knives? I am getting ready to retire.”
That was all Crouch needed to hear, he saddled up immediately and headed down the knifemaking trail! Initially he watched Pat build a pocketknife, then Pat helped Bubba make one. West retired shortly after this. Bubba immediately sourced out some knifemaking equipment and started setting up a shop at home. The next knifemaker he went to was also the most influential. His voice resonated with pride as he told me the following, “Where I’m at today I owe to Bill Ruple.”

Premium Members, read on at the link below: 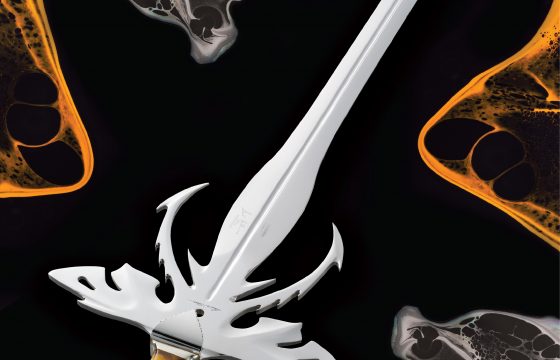 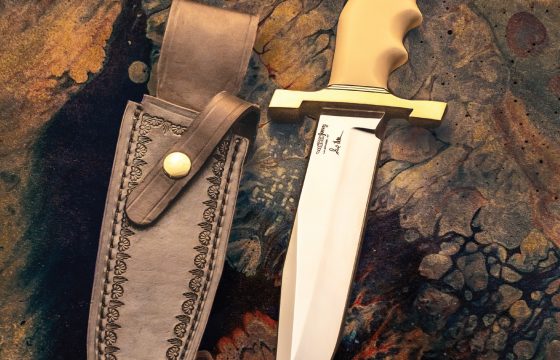