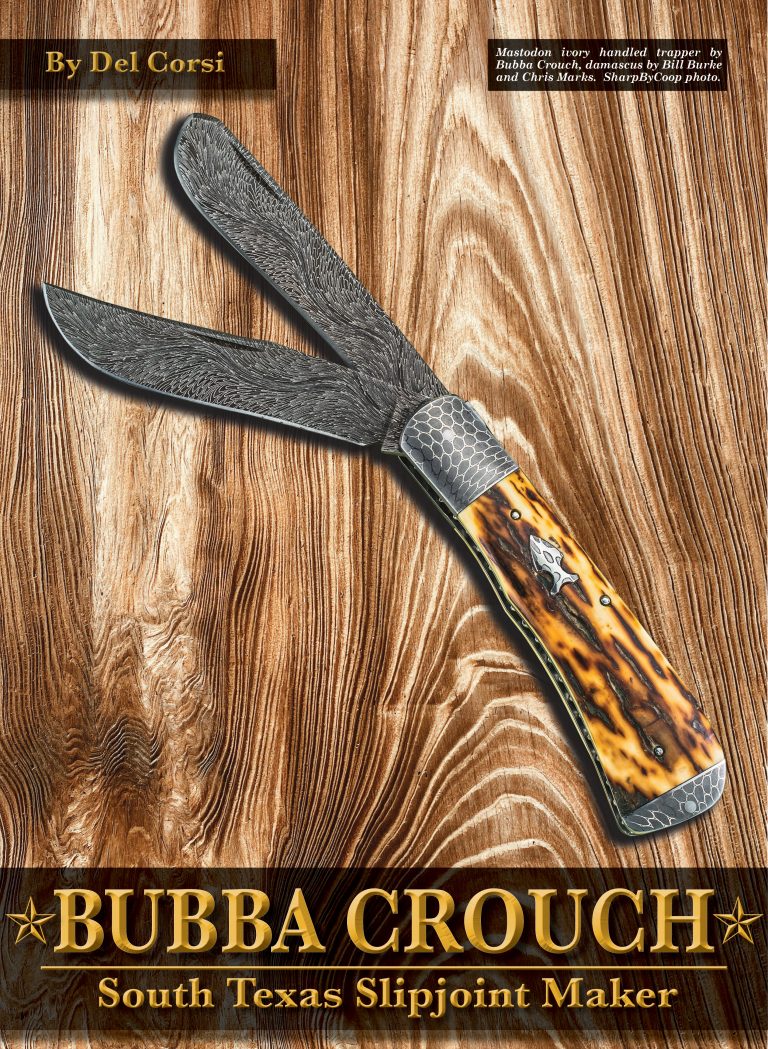 I reveled at the opportunity to talk to Tommy (Bubba) Crouch and find out more about this colorful knifemaker’s career, not to mention his striking knives. He goes by “Bubba,” as everyone in the knife community already knows. Well, maybe not everyone, but this straight shooter quickly filled me in on the protocol for our interview when I asked what he liked to be called; “You call me Tommy and I won’t talk to you,” he said with a chuckle. I knew right then and there he was my kind of knifemaker. Honesty and humor are what we need in this mixed-up world right now, and it was really a breath of fresh air to have an opportunity to talk knives and knifemaking with Bubba.
While Bubba wears many hats due to all the activities he is involved with, there is no doubt that his favorite and first choice is his cowboy hat. He has been involved in ranching most of his life, and has also spent considerable time on the team roping circuit as a team roper. One of his first jobs as a young man was assembling metal buildings with his father, he still sells these buildings to this day. Crouch drove a cattle truck for eight years, his dad became sick at one point during this time, so naturally he returned to help on his dad’s ranch for a few years. He considers himself a part-time knifemaker.

This article appeared in the November 2021 issue of KNIFE Magazine. Premium Online Members can read the whole thing by clicking the blue button below.