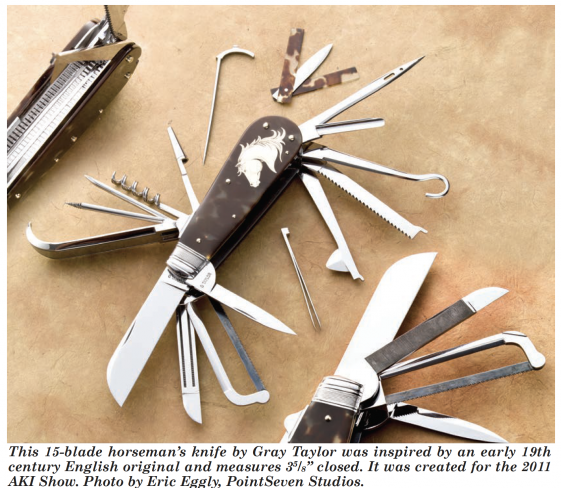 This is an extended free preview of our March 2022 cover article. Premium Online Members can read the whole thing here. Not an Online Premium Member? It is just $19.99/yr, or just $9.97/yr for existing print subscribers. Click here to sign up today.

Tennesseean C. Gray Taylor has for many years been regarded as one of the world’s finest makers of high end art knives. A look at the photos accompanying this article should explain why; his work is exquisite, often taking its inspiration from masterpieces in old-time multibladed pen knives and resulting in gentlemans knives of the sort dreams are made of.
Like a lot of us who have been enchanted with knives for a while, Gray Taylor grew up in the 1940s. He was born and raised in Virginia coal mining country through the WWII era into the ‘60s. At this time our nation was still slowly coming out of the Great Depression of the ‘30s and subsequently the burden of World War II. The country as a whole and most families were poor and worried about the future. Gray didn’t have to explain how it was, as my late wife’s family worked the coal mines of West Virginia and it wasn’t a lot different from my life in Northern California in the ‘40s and early ‘50s.
As the war ended, Americas greatest generation warriors came home to build a better life for all, to raise children, to work for or build businesses to employ others. Few had money in those postwar years, but this great generation stayed busy and made enough to take care of their families and on occasion a little extra, providing for family activities like picnics, skating and even the occasional movie.
Kids could always make do in playing the roles of their heroes: soldiers, cowboys, Indians, doctors, nurses, cops and robbers. Whatever was laying around became props of the play acting, sticks, slats from wood crates or metal scraps served as guns, knives, swords, spears, tomahawks or whatever. From today’s perspective, it’s hard to imagine a world without computerized intervention. 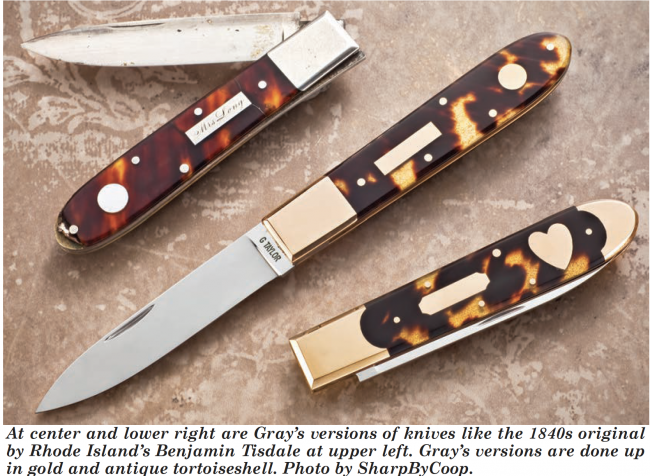 Movies like “The Iron Mistress” (1952) starring Alan Ladd as “Jim Bowie” probably created or influenced more modern knifemakers than will ever be known – most of the boomers and the following generation knew about Jim Bowie and his namesake knife! Gray admits it definitely influenced him and his friends as they armed themselves with big wooden bowie knives. Later they were made from scrap metal, which led to future ideas like knifemaking as a hobby and finally life as a well recognized knife maker! For most of us, knifemaking started as a relaxing hobby and slowly grew as family, friends, then strangers needed a knife for hunting, fishing or because one of their friends had one, creating the ‘want.’
Marrying his high school sweetheart Evelyn and moving to Tennessee in 1963, Gray worked for Eastman Kodak Chemical, from which he would eventually retire. It was during this period that a knife making hobby began. The key part of Gray’s story starts with a kit knife ordered from Randall Knives after seeing an ad in a 1966 Popular Mechanics magazine. This is when the hook got set – once you make that first knife, no matter the flaws or quality of the work, it begins the trial-and-error process. With more tries, some improvement (real or imagined) comes with each knife, the transition is set and a knifemaker is born.
Few knifemakers were located close to Gray at this time and they had little interest in helping a potential business competitor. Reading about other makers led to Gray’s befriending Corbet Sigman, who was always willing to share knifemaking information. Located some five hours away in West Virginia, Corbet nonetheless provided Gray with a great deal of help and knowledge. Corbet, an early member of The Knifemakers’ Guild, was a very talented and knowledgeable knifemaker whom I’ve mentioned in other recent articles. He had a good working knowledge of basic knife steels and was one of the first to do a consistently fine mirror polish on stainless tool steels. Although this true modern knifemaking pioneer is gone, his memory is preserved and his knowledge is paid forward by many of us that he shared his time and knowledge with. 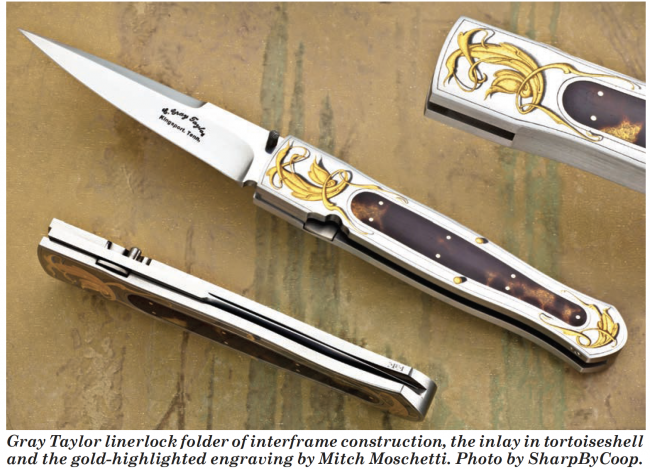 Gray joined The Knifemakers’ Guild in 1976 and like many of us, made a lot of bowie knives and hunters in the early days. Most of our sales were at local gun and knife shows in those times as most states had a number of large gun shows, up to and including Wanenmacher’s big Arms Show in Tulsa, Oklahoma which is still going strong today. The two most noteworthy custom knife shows in the country in those days were Beinfeld’s Antique Arms Show in Las Vegas and the Knifemakers’ Guild show then located in Kansas City, Missouri. These two shows were where you needed to be to get answers to all the burning questions young knifemakers had, a chance to ask those you’d heard about or were actually published in some of the early books and magazines. In the ‘70s and ‘80s, the “Pit” area at the Crown Center hosting the Knifemakers’ Guild Show was considered by many of us to be where the greatest exchange of modern era knifemaking information occurred. It was a chance for many of us to speak to the pioneers of the modern knifemaking era: Loveless, Cooper, Dennehy, Dowell, Stone, Centofante, Chappel, Hale, Herron, Moran, Hibben and if you were into art knives Bud Cronk and Buster Warenski; the list continues into pages as the years go by. 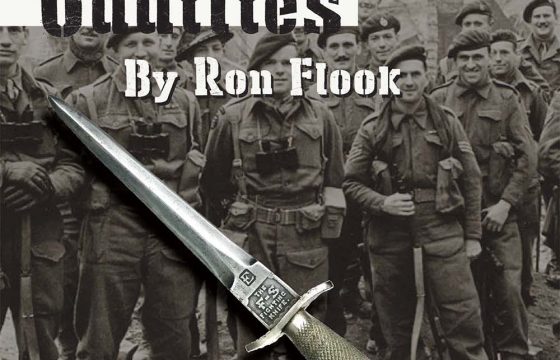 Some Fairborn-Sykes Oddities By Ron Flook 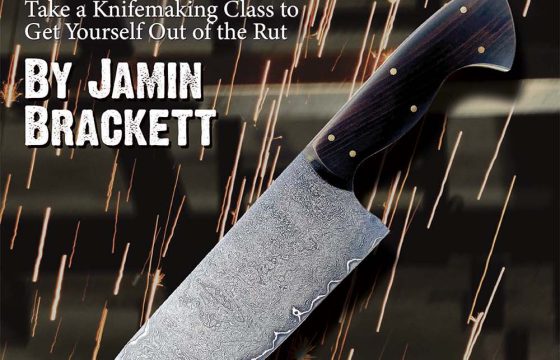