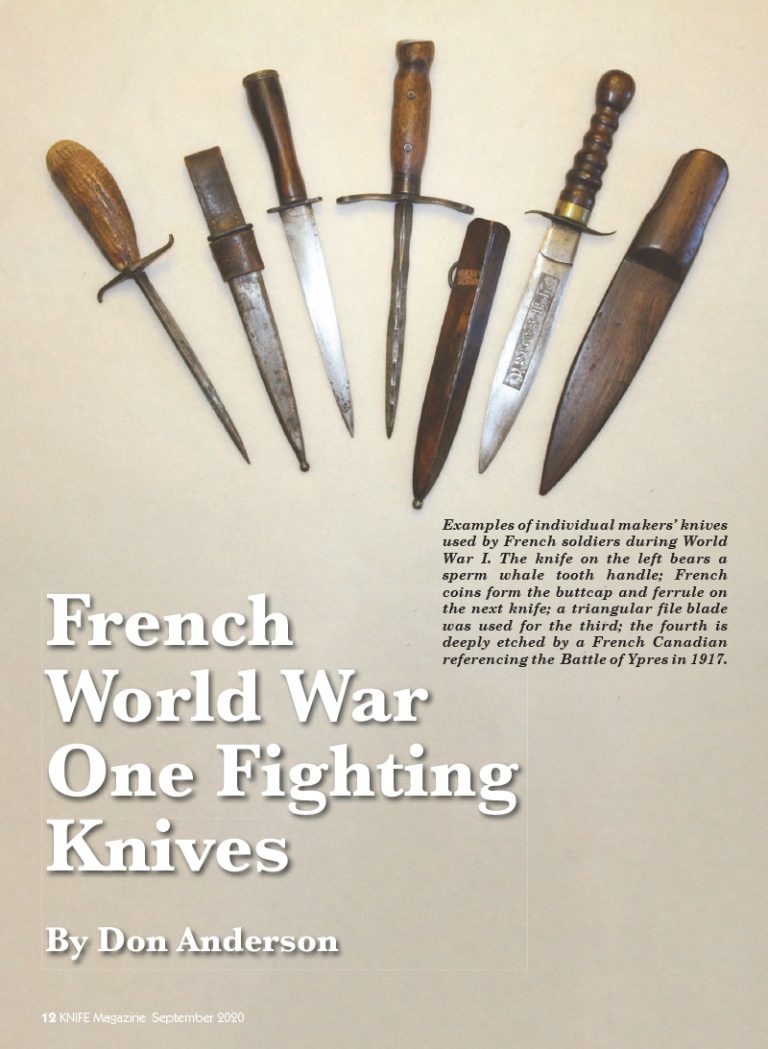 The great battles of World War One’s Western Front were fought almost exclusively on French soil. When Germany invaded in August of 1914, France found itself with a shortage of combat knives, a similar situation to that later faced by the United States at our entry to World War II in 1941. France’s army would grow to 8 million men by the end of the war in 1918.
Unlike Germany, France did not have an internationally recognized cutlery industry. Germany’s Solingen city was famous throughout the world as the home of dozens of high quality edged tool and weapon manufacturers. German companies quickly converted their capacities early in the war to produce an incredible variety of fighting knives based around standard dimensions approved by the government. Germany’s knife industry was on its mark, so to speak, when the war began.

This article originally appeared in the September 2020 issue of Knife Magazine. Premium Members can read the whole thing by clicking the blue box below.