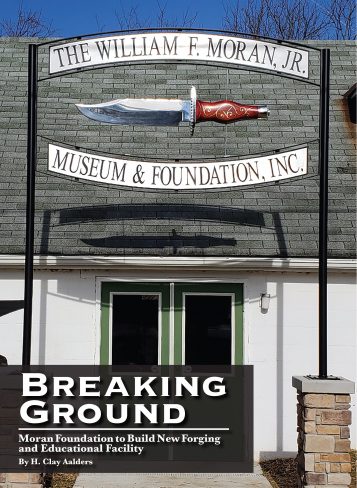 Among the pantheon of makers atop bladesmithing’s Mount Olympus stands the late, legendary William F. “Bill” Moran. Largely self taught, Moran made his first knife when “I took my father’s prized crosscut saw, and broke off pieces until it had a knife shape, ground what I could on the hand wheel. Made a handle out of some scraps of wood and secured it (with) green cow hide.” Knifemaking became both a complement to his work on the family farm in Lime Kiln, Maryland, outside the town of Frederick, as well as an escape from it.
Never much for formal schooling, Bill left school at the age of 14, but he was a voracious reader and seeker of knowledge throughout his life. He began to sell knives while still in his ‘teens, at a time when “knifemaker” was not necessarily a specific vocation. While ornamental blacksmithing commissions helped pay the bills in the early years, his knives began to build a following first locally, then becoming one of the small handful of makers to develop a national reputation.
Moran dedicated his life to passing along the knowledge of knifemaking in general, and the forged blade in particular. He was a founder of The Knifemakers’ Guild, and in 1976 Moran joined with B.R. Hughes, Bill Bagwell, and Don Hastings to form the American Bladesmith Society. Bill was elected the first President, and would hold that position for the next 15 years.
Another example of Bill’s dedication to sharing the craft comes from Robert Wilson, President of the Wm. F. Moran Jr. Museum & Foundation.
“In 1973 the (Knifemakers’) Guild’s annual meeting was held again in Kansas and this is when and where Bill Moran revealed seven blades featuring his own hammer welded damascus steel. The knife world was taken aback as writers ran around trying to determine what damascus steel might be and makers wanting to know how to make it.”
Rather than keep the process to himself, having spent more than two years of trial-and-error developing it, “Bill prepared a one page document to explain how he achieved this breakthrough. In typical Bill Moran fashion this paper was not for sale but rather he gave it away to anyone who asked. It is considered that this discovery was the gateway that started bladesmithing on the path to where it is today.”

This article appears in the November 2021 issue of KNIFE Magazine. Click the blue button below to launch a flipbook of the whole thing. 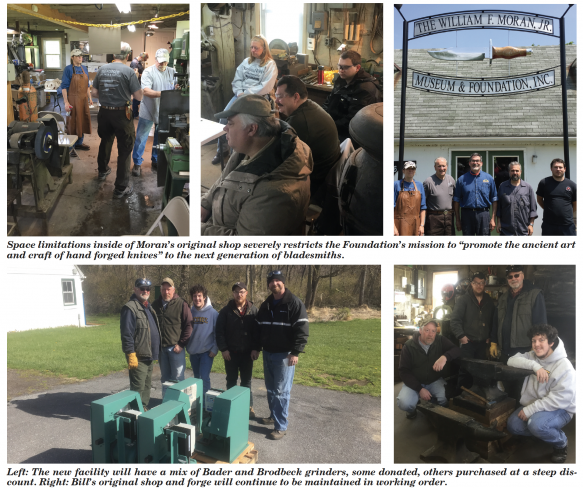 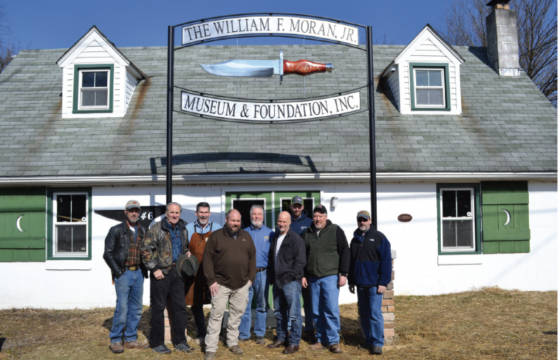