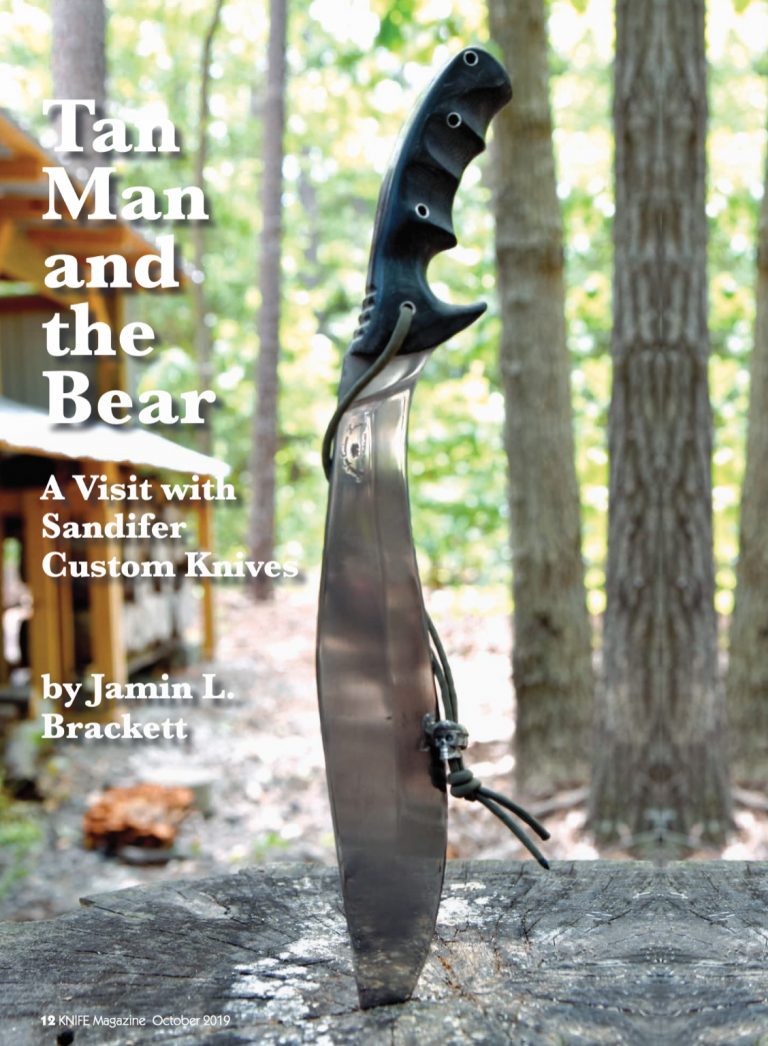 Tan Man and the Bear – a visit with Sandifer Custom Knives

Once again, we are featuring an article from our current issue (Oct 2019) for our Premium Online Members. Not a Premium member? You can become one for just $19.95 a year, half that for print subscribers. Not only can Premium Members view this standalone article, they can view the entire issue, as well as every back issue of Knife Magazine (2015-present), they also have access to the Knife World (our predecessor publication) archive (1975-2015). Go to THE VAULT —> Magazine Archives.

Joel Sandifer was born and raised in Galena Park, a small town just outside of Houston, Texas. Joel’s father, an iron worker, instilled confidence in him at an early age. Joel described Mr. Sandifer as being “Big on figuring out ways to make “it” work, especially with what you have on hand.” Joel enlisted in the U.S. Army right out of high school, as an 11H, Heavy Anti-Armor Weapons Crewman, attending both basic training and airborne school at Ft. Benning, Georgia. At his first duty station he spent time patrolling the DMZ, in Korea. Then it was to Ft. Bragg, North Carolina and the 3rd Battalion 504th Parachute Infantry Regiment. Joel met Heidi, his wife of thirty one years, on post at a rodeo. Joel’s service later involved learning to speak Czech at Presidio Monterey in California, a duty station in Germany, Desert Shield/Desert Storm, and spending time in Austria and the Czech Republic. After the war, he returned to Ft. Bragg where he was an instructor at the Survival Evasion Resistance Escape (SERE) program at the U.S. Army John F. Kennedy Special Warfare Center and School. Later he was hired as a Department of the Army Civilian SERE Instructor. He now has a combined total of nearly twenty years teaching in that capacity. No doubt an individual who specializes in such training would understand the practical uses of a good edged tool. 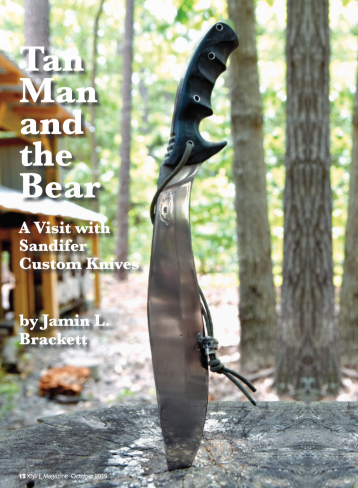 Click the Blue Button below to launch a flip book of the article.