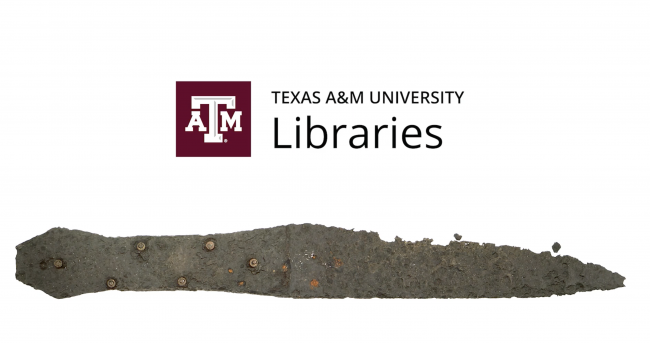 Do you want to help save a piece of Texas History? Texas A&M is seeking donations to help preserve an extremely rare early bowie knife, which was potentially made by James Black himself, and is a significant artifact from the Texas Revolution. Donations can be made at this link. 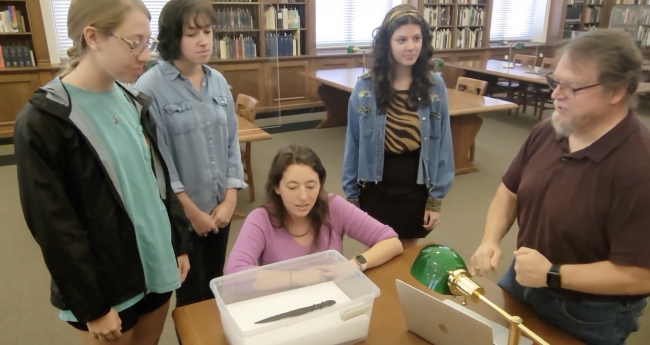 KNIFE Magazine Publisher Mark Zalesky had this to say about the knife:

Texas A&M University has launched a crowdfunding campaign to help conserve a historic guardless coffin bowie knife known as the “Sea of Mud” knife, and build for it special casework to ensure that it can be studied and appreciated for many years to come. Their goal is to raise $5000 for the cause.
Believed by many to have been made by James Black of Washington, Arkansas in the early 1830s, this is one of approximately ten known knives of similar type. Despite being in relic condition, the knife is nonetheless useful to researchers as it allows the inner construction of these unique knives to be studied.
What makes the “Sea of Mud” knife of particular interest is that it was recovered from a campsite believed to have been used by Mexican General Urrea’s army on April 20th, 1836, on their way to gather together the Mexican army. Santa Anna’s army was defeated at San Jacinto on April 21st, effectively ending the Texas revolution. Soon thereafter, the remaining Mexican units met and began retreating to Mexico. At the time the knife was believed lost, Urrea’s army was coming from the Battle of the Alamo and the massacre at Goliad, and had not yet encountered other units — making it very likely that this knife was taken from a Texian either at the Alamo or at Goliad. Many knives have been claimed to have been Bowie’s or Crockett’s… this one certainly could have been.
The Sea of Mud knife was on display at the Alamo for about a decade during the early 2000s, and in 2013-2014 was included in the “A Sure Defense: The Bowie Knife in America” exhibit at Historic Arkansas Museum. It was the subject of a multipart article by Dr. James Batson starting in the March 2018 Blade Magazine, and is also featured in Jim’s book James Black and his Coffin Bowie Knives.
Since 2013 it has resided in the Chapman Texas & Borderlands Collection at Texas A&M’s Cushing Memorial Library & Archives. Unfortunately, the knife has continued to deteriorate and is in need of professional conservation. We support this effort to preserve this fascinating knife and are pleased that Texas A&M is being proactive in preserving it for future generations.

The excavations at the Mar de Lodo (Sea of Mud) archaeological sites have rewritten the history of the Texas Revolution. One of the many artifacts recovered from the Sea of Mud excavations is the Bowie knife circa 1836. Your contributions to will fund both scientific examinations of the Cushing Library’s Bowie knife to determine its past provenance and a conservation treatment plan of this fragile and historically significant artifact to preserve it for future generations of Texans.

The Bowie knife’s current condition is extremely fragile and unstable. It requires immediate conservation treatment. After being examined by faculty conservators from the Texas A&M University Libraries and Nautical Archaeology program, it was determined a specialist objects conservator from Houston should be contracted to develop a treatment plan to stabilize the Bowie knife.

Excavated around 2000 by Dr. Gregg Dimmick ’74, the Bowie knife was discovered at one of Mexican General José Urrea’s campsites near Wharton, TX. The knife is part of the Floyd and Louise Chapman Texas and Borderlands Collection located in Cushing Memorial Library & Archives, which holds “The Sea of Mud” collections donated by Dr. Dimmick and his associates. These collections contain artifacts lost or jettisoned by Mexican army units towards the end of the Texas Revolution.

This item has been identified to be an early, circa 1830, coffin-handled Bowie knife. Though badly corroded, the Bowie knife in the Chapman Texas Collection is similar in shape, design, and size to those made by James Black of Arkansas, https://www.historicarkansas.org/collections/the-carrigan-knife. A notable design element consistent with those knives made by Black is the use of light-colored metal in the middle of the handle. The Bowie knife in the Chapman Collection has this feature. Additional analysis testing, could confirm its elemental composition and approximate smithing date.

With your geneous support the following actions will be undertaken:

1. The Bowie knife will undergo comprehensive X-ray fluorescence to obtain an elemental analysis of its chemical composition, which may determine its original manufacturer. This analysis will be conducted in the Texas A&M Conservation Research Laboratory of the Nautical Archaeology Program/Center for Maritime Archaeology and Conservation housed within the Department of Anthropology.
2. Due to its fragile and unstable structure, the Bowie knife will remain at Texas A&M and undergo conservation treatment in the University Libraries’ Conservation lab in the Preservation department. The treatment will be conducted by objects conservator consultant, Tamar Maor, of TM ART Conservation.
3. The Bowie knife will also undergo 3D scanning which will allow the Libraries to create reproductions of it. The reproductions can then be used for exhibits or public hands-on demonstrations.
4. A special housing will be purchased to keep the Bowie knife physically and environmentally safeguarded during exhibition. 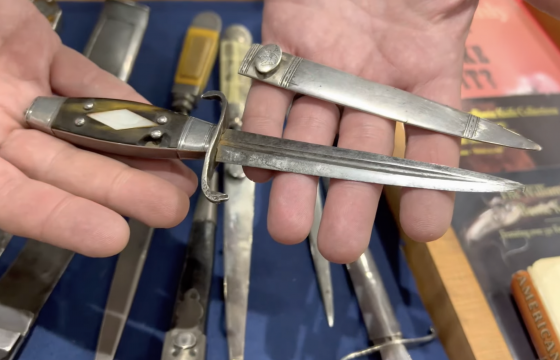 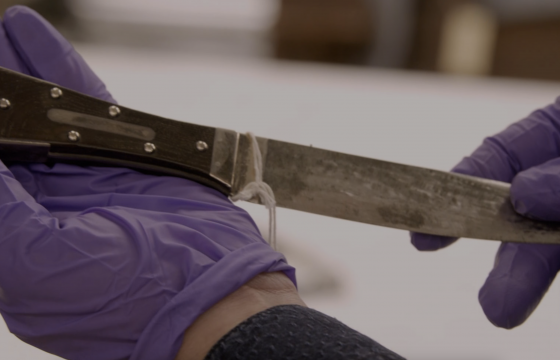 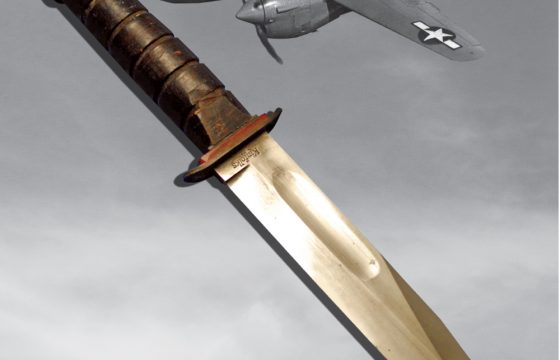