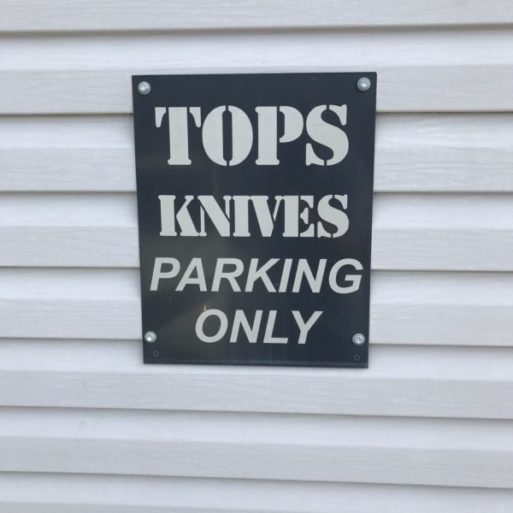 Visiting TOPS Knives
by H. Clay Aalders
(Editor’s Note: This article originally appeared at The Truth About Knives. Used by permission of author)

I lived in Idaho Falls from 2002-2006. During that time I built Hyde Drift Boats, had my first paid writing gig at a local weekly paper, and worked as a flyfishing guide on the South Fork of the Snake River. I was a knife user, but was unaware of a fledgling knife company that I drove by on my way into work.

TOPS Knives had been founded a few years before my arrival in Idaho, 1998 in fact. I had never heard of them. I knew that Rio Fly Lines were a local company, but my world was flyfishing. Fast forward 11 years, and TOPS is now a serious player in USA Made knife market, and I had a chance to drop in on them last week as a member of the knife media. 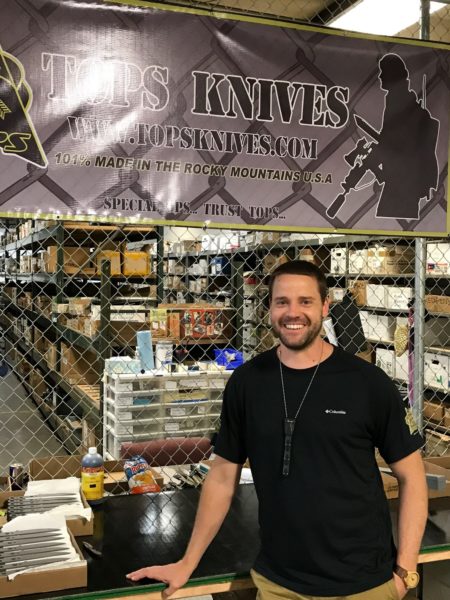 I was introduced to Craig Powell, General Manager of TOPS, by Joe Flowers at Blade Show 2016. Craig has been my point-of-contact at TOPS ever since, and has kept us abreast of their latest news and releases. He spent last Wednesday morning showing me around TOPS’s two production facilities.

My narrative of my visit is roughly chronological to my experience. It just so happens to be in roughly reverse order of the production process of a knife. Apropos of nothing at all, I am amused by this contrast. But I digress… 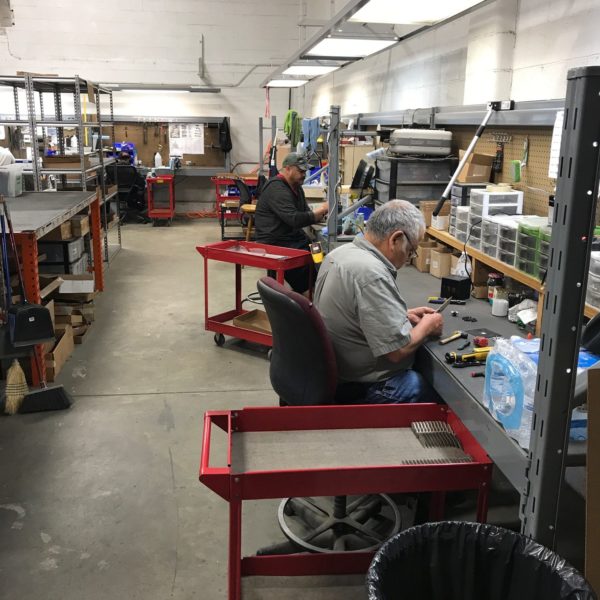 The tour began with the final assembly room. This is just one of many places where the blades are quality inspected. Craig stressed repeatedly how dedicated TOPS is to QC at every stage along the way. A minimum of 6 people are inspecting each knife throughout its construction. Tops is proud of its <1% failure rate on their fixed blades. 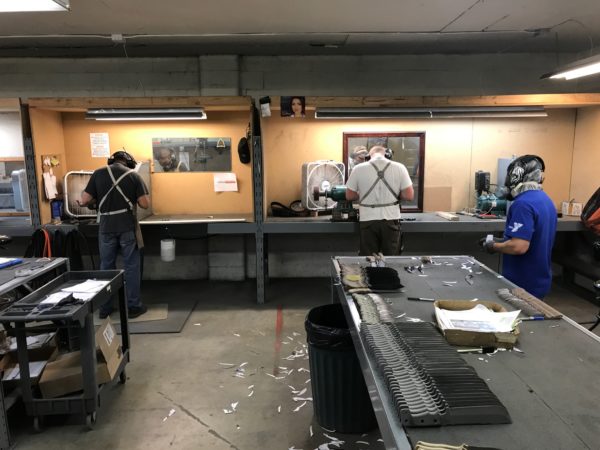 All of the 50k+ knives/year TOPS produces are sharpened by the same 3 individuals. They can detect any anomaly in the steel as they put the final hand-ground edge on what had been to that point a CNC-grind process. 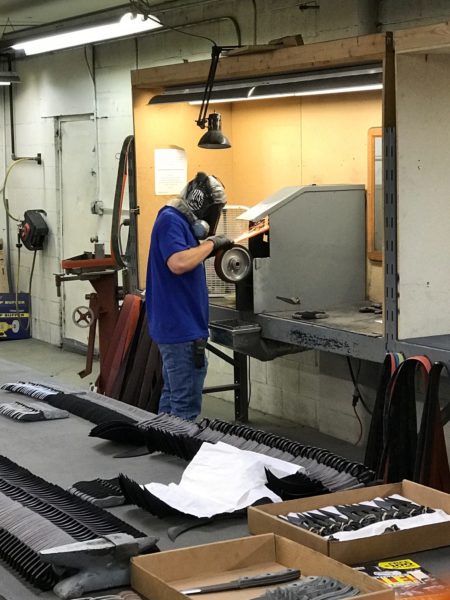 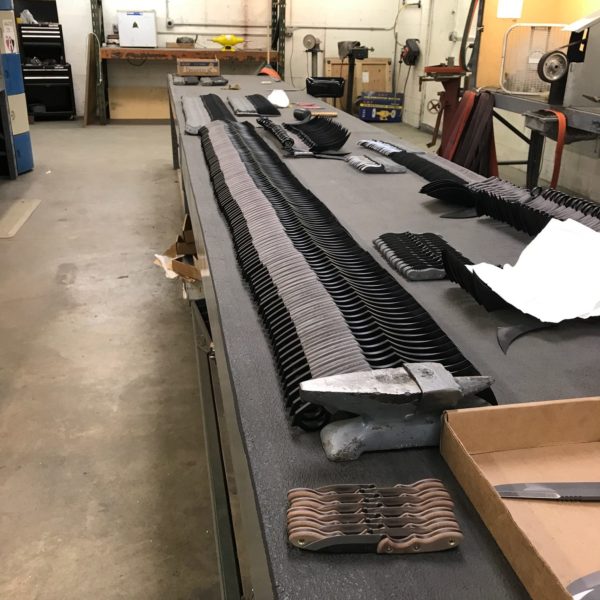 All in a morning’s work

Each knife is hand fit to its sheath, which is another inspection opportunity. 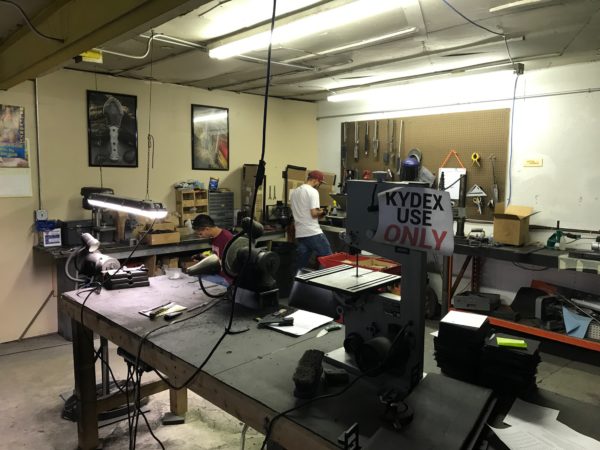 Cerakote and other finishes are done here has well. 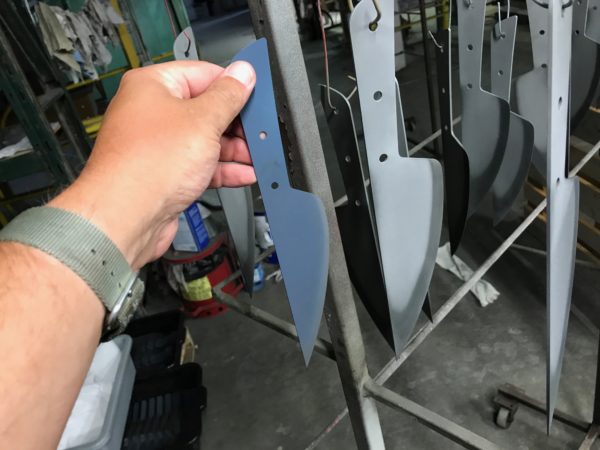 Going back to the topic of CNC, that is done in a separate facility. Craig took me there next. 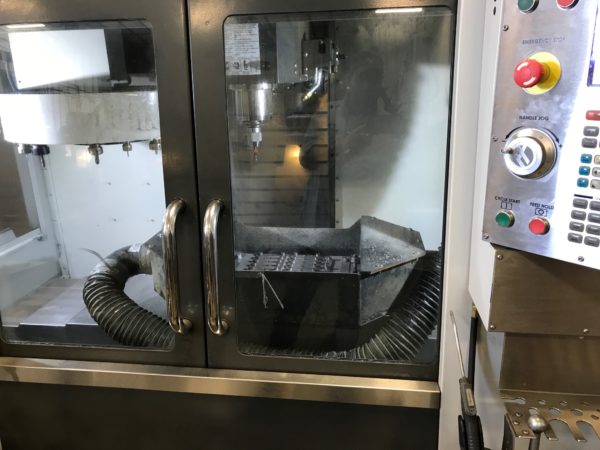 The above machine CNC grinds all of the G10 handle scales. But there is one man, Benny, who does any final detailing on every scale requiring it.

Of course each knife is cut out and ground here as well. 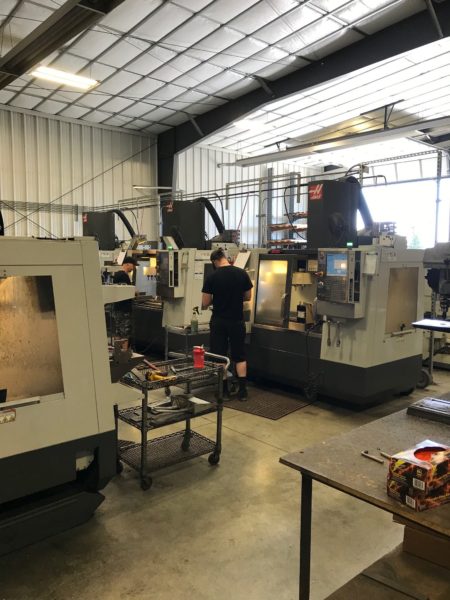 As is heat treating. 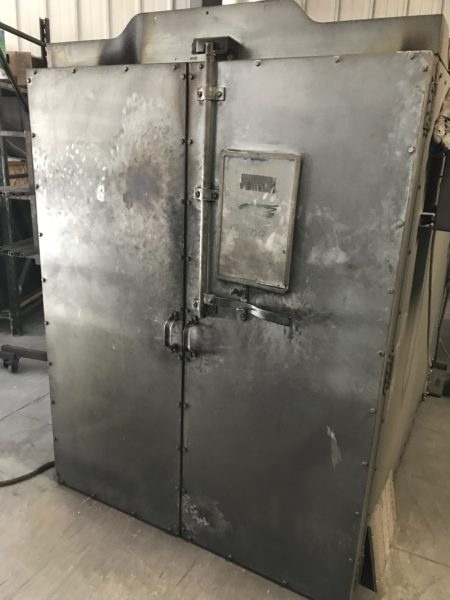 I found the tumbling process (used to remove any burrs from the cutout process) particularly hypnotic.

I had been looking forward to visiting TOPS someday when I first learned they were in Idaho Falls. I knew I would be back at some point, and this was one of the highlights of my trip (fishing the Henry’s Fork and Madison Rivers didn’t suck either). I have long been a fan of TOPS. As a young and mid-sized American manufacturer they have had to be innovative and more than a little scrappy to claw market share from the legacy companies, many of whom are moving more of their manufacturing offshore.

Designer and company President Leo Espinoza has a great backstory as well. He literally started at the bottom – cleaning bathrooms and sweeping floors, and has through his hard-work and gifts for design risen to the top…wait for it…of TOPS. (groan)

I want to thank Craig for carving out several hours of his time to show me around. I enjoyed the tour, and I feel like this visit has really cemented the relationship between TOPS and TTAK.

Here are several other pictures (and videos) that didn’t have a place in my narrative, but I think bear sharing. 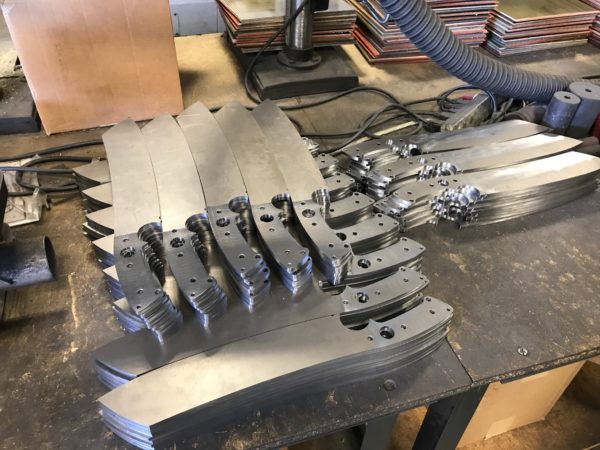 El Chetes, in the rough 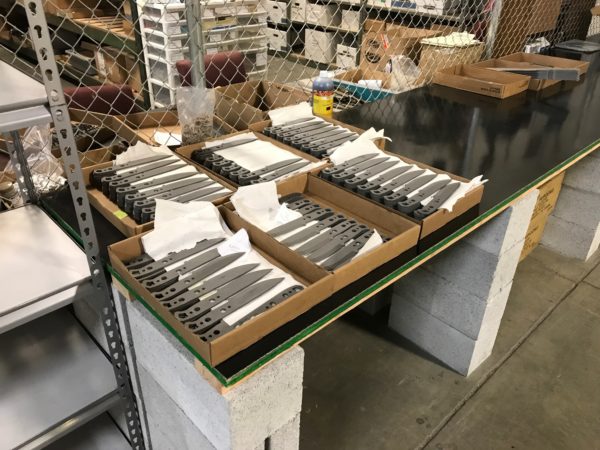 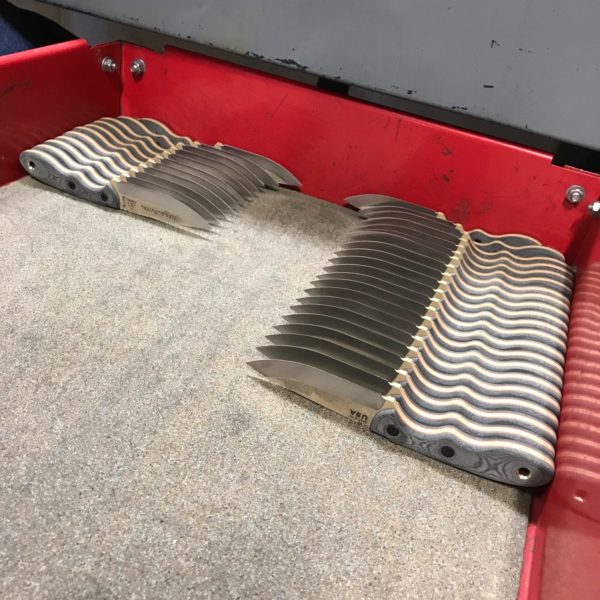 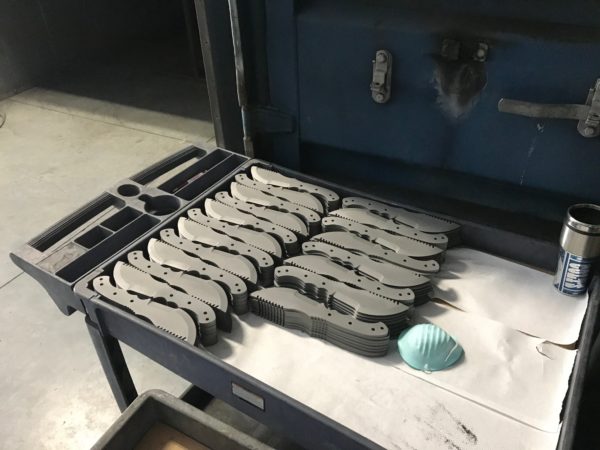 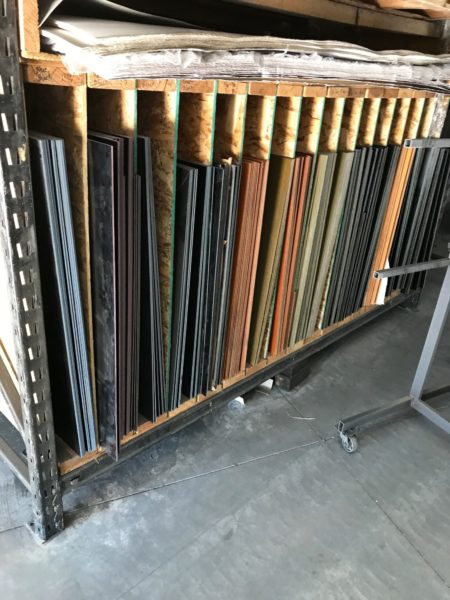 lots and lots of G10 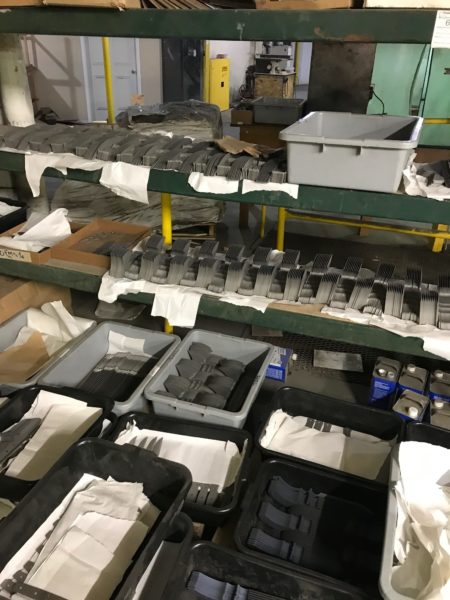 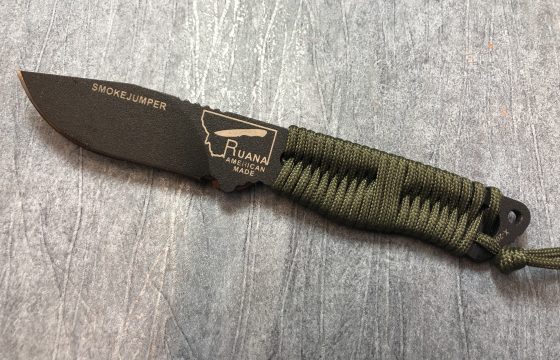 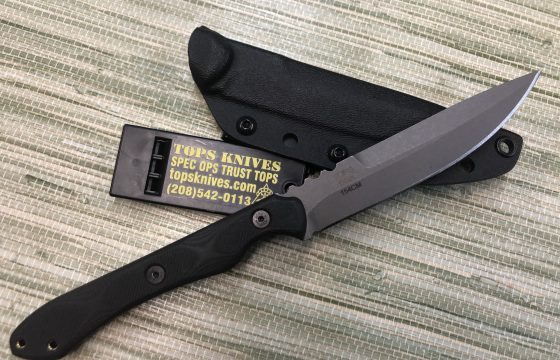 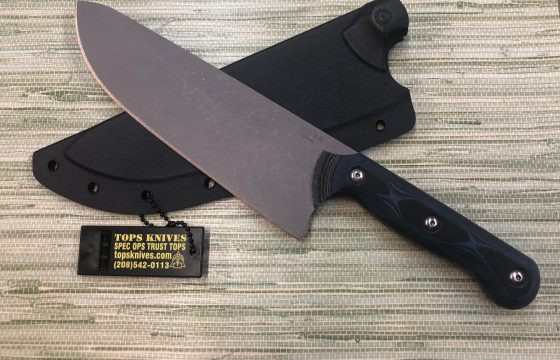