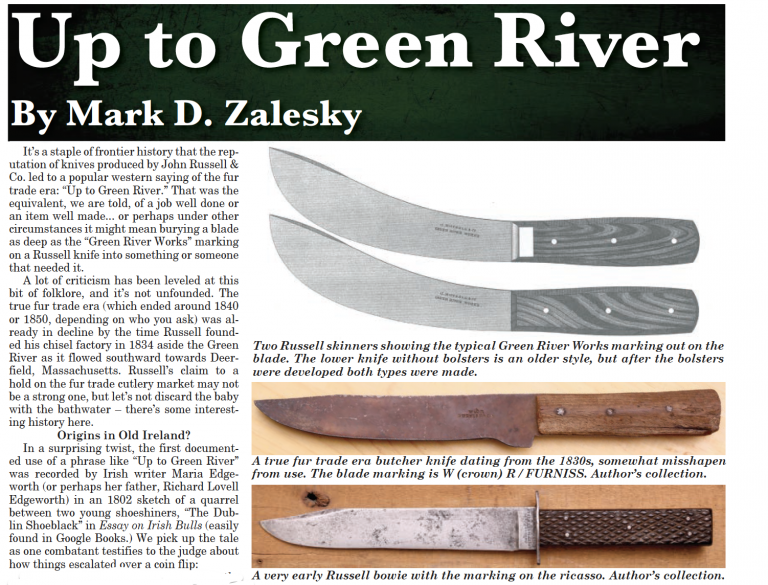 Up to Green River

Up to Green River  – By Mark D. Zalesky

It’s a staple of frontier history that the reputation of knives produced by John Russell & Co. led to a popular western saying of the fur trade era: “Up to Green River.” That was the equivalent, we are told, of a job well done or an item well made… or perhaps under other circumstances it might mean burying a blade as deep as the “Green River Works” marking on a Russell knife into something or someone that needed it.
A lot of criticism has been leveled at this bit of folklore, and it’s not unfounded. The true fur trade era (which ended around 1840 or 1850, depending on who you ask) was already in decline by the time Russell founded his chisel factory in 1834 aside the Green River as it flowed southward towards Deerfield, Massachusetts. Russell’s claim to a hold on the fur trade cutlery market may not be a strong one, but let’s not discard the baby with the bathwater – there’s some interesting history here.

This article appears in the January 2021 issue of KNIFE Magazine. Online Premium Members can read the whole thing by clicking the blue box below.